The Swedes Are Coming 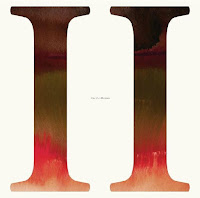 Some albums make you feel as if the earth moves under your feet and you don’t have any choice but to dance. The sophomore album of the trio Time Is A Mountain has such a hypnotic power, it fills you a vibrating force that sets you in constant motion. The trio features the rhythm section the energetic trio Fire! - bass player Johan Berthling and drummer Andreas Werliin - both also hold the massive rhythm of the Fire! Orchestra together with keyboards wizard Tomas Hallonsten. Berthling and Hallonsten are also two thirds of the experimental trio Tape. These three musicians have crossed paths in some of the most interesting Swedish groups of the last decade such as Wildbirds & Peacedrums (with Werliin partner, vocalist Mariam Wallentin, aka Mariam the Believer) or sax player Martin Küchen’s Angels group.

II (after a self-titled album, released by Häpna in 2013) offers seven strong eclectic instrumental gems. Hallonsten sets the timeless atmosphere with his set of vintage keyboards while Berthling and Werliin solidify these flights with infectious rhythms. The trio moves effortlessly between ethereal and melancholic textures on “Alicetti”, mean, dramatic attacks on “Memento Mono” and “Sepian”, psychedelic-lounge soundscape on “Cellowave”, a heavy dance pulse of “Autoboo” or the epic “Drumlings”.

Hallonsten's distinct sound of vintage organs and analogue synthesizers encompasses references from few generations of seminal outfits - from the manic prog-rock of The Nice through the experimental krautrock of Can to the sober post-rock of Tortoise-- but Time Is A Mountain music is not nostalgic at all. It bursts with urgent freedom, a deep understanding of the driving power of rhythm and a healthy sense of the uplifting power of music.


Reeds player Jonas Kullhammar’s Moserobie label celebrates this year its 15th anniversary with its 100th release, quite an achievement for an independent label that is now the most prolific in Swedish jazz. Its latest three releases offer its far-reaching vision, beyond the common categorizations of American and European jazz, inside and out. 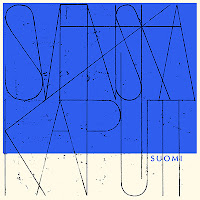 Nothing is Kaputt in the Swedish kingdom, but this time the the jazz-prog-rock-psych quartet Svenska Kaputt decided to salute to the gloomy and barren eastern Finland. Suomi, the quartet's sophomore album, even has a cover that borrows the white and blue colors of the Finnish flag and the vinyl version is printed in blue. Svenska Kaputt feature three former members of Kullhammar now-defunct quartet, bass player Torbjörn Zetterberg and drummer Jonas Holmegard, plus guitarist Reine Fiske who plays with Holmegard in the prog-rock group Dungen. Holmegard played in the earlier-expanded version of Fire! Orchestra while Kullhammar still plays with the Orchestra.

The three long compositions - “Paroni”, “Vesaaltonen” and “Keijsaren”, penned by all the quartet musicians - distill beautifully these inspirations and highlight the unique, hybrid aesthetics of this quartet. All are performed in a slow-cooking dramatic pathos of typical complex prog piece, often even with a some bombastic prog sound. But Svenska Kaputt dares to open these structured narratives to intense, fiery improvisations of Fiske on the guitar and Kullhammar, who alternates between the baritone sax on “Paroni”, tenor sax, oboe and siren on “Vesaaltonen” and tenor sax and piano on ““Keijsaren”. 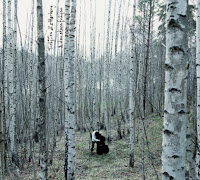 This is the sophomore album for in-demand double bass player Torbjörn Zetterberg’s Och Den Stora Frågan (the big question) sextet, after its acclaimed debut in 2014, and seventh as as a leader. The sextet feature close collaborator, Portuguese trumpeter Susana Santos Silva, trombonist Mats Äleklint, sax players Kullhammar and Alberto Pinton and drummer Jon Fält. Silva, by the way, participated in a recent performances of Fire! Orchestra.

The title Om Liv Och Död (on life and death) suggests the contemplative-philosophical spirit of this album. Zetterberg opens by raising a dilemma in a short brief solo bass pieces, and then the sextet constructs and reconstructs its conflictual aspects in a patient, loose manner that stresses the opinionated, individual voices of the sextet. But soon, and between the brooding Zetterberg solo pieces and the philosophical titles, the driving energy of these excellent musicians storms in propulsive Mingus-ian “Säkra Tvivel”, “Vad Är Det Som Dör” and “Innan & Efter”. All keep the loose interplay and offer generous room for brilliant solo improvisations of Zetterberg and Äleklint, Kullhammar and Pinton. This remarkable journey ends with a melancholic tone, “Springa Runt I Hjul”, where Zetterberg dark, deep-toned arco playing contrasts the gentle, melodic playing of Silva, Kullhammar and Pinton, both playing flutes. 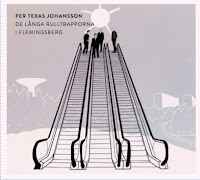 During the nineties reeds player Per ‘Texas’ Johansson and pianist Esbjörn Svensson were the most celebrated jazz musicians in Sweden. But after Johansson released his acclaimed album Alla Mina Komposar (EMI, 1998) he decided to change course and studied nursing and began to work as anesthesiologist nurse at the Huddinge hospital in the southern suburb Flemingsberg of Stockholm, a location that inspired the title of the album, referring to the long escalators in Flemingsberg metro station. In recent years Johansson began to return to active music life, recording with trombonist Mats Äleklint Quartet (Moserobie, 2013), pianists Cecilia Persson (Open Rein, Hoob, 2014) and Klas Nevrin (Live at Lederman, Found You Recordings, 2014) and recently worked in Barry Guy Blue Shroud project. He also played in a recent performance of Fire! Orchestra.

Johansson is gifted with a warm and beautiful sound, and his playing radiates an immediate, profound emotional impact. His clever compositions suggest a highly personal architecture, based on gentle, swinging pulse and strong, stimulating themes, but do not subscribe to any conventional jazz patterns. Moving, song-like pieces like “Det Nya”, “Där Du Gått Förbi”, “Narkos” and the title-piece highlight his ability to charge even fleeting melodies with an emotional depth. Hard-driving and playful pieces like “Tjuven” or the self-titled homage to Ljungkvist or “Gång”, with Ljungkvist, offer brilliant and sometimes even ironic perspectives on the jazz legacy, never relying on a specific genre or an era.

Late arrival for the best of 2015 lists but a fantastic contender. 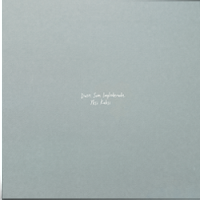 This album has nothing to do with the Fire! Orchestra, though, at times it carries the same volcanic spirit. Soprano and alto sax player Niklas Persson and double bass player Patric Thorman have been playing together for more than ten years now, first in the free jazz Kvintetten Som Sprängdes (The Quintet That Exploded), whom had already released two albums, and now on the stripped-down Duon Som Imploderade's (The Duo That Imploded) debut Yksi Kaksi.

Their chamber-like interplay is far from an intimate or emphatic meeting, portrayed best on one of the titles of these improvised pieces, “A Friendly Chat with the Enemy”. These ten pieces, short solo and more elaborate duo ones, cover many aspects of a free-improvised meeting. The atmosphere is quite physical and dense, even on the most lyrical and spare pieces as “Den Arga Kvinnan på Ambassade” or the playful “Slut på Tiden” It is clear that both Persson and Thorman aimed to challenge themselves and explore the possibilities of such setting and expand the sonic spectrum of their instruments. 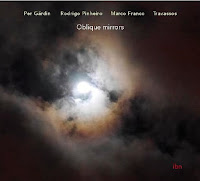 Concluding with a release that has nothing to do with the Fire! Orchestra universe. In 2013 soprano and alto sax player Per Gärdin joined the Portuguese RED Trio for a short tour in Portugal. Oblique Mirrors is a side project from this tour featuring RED trio pianist Rodrigo Pinheiro, drummer-percussionist Marco Franco, who plays with Pinheiro in Portuguese Luís Vicente quartet Clocks and Clouds, and electronics player Travassos, electronics, known from the Pão trio, and much more as the graphic designer, responsible for the covers of Clean Feed label.

The six free-improvised pieces sketch and intense and dense textures, full with flowing ideas and immediate interplay and playful games but with no attachment to any pattern, pulse or narrative. Travassos electronics are kept in the background, adding spare colors to these heady sonic collisions. His contribution adds an otherworldly sounds to the abstract and minimalist pieces, as “Refraction”, “Sphere” and “Dispersion”, when the shades of sounds, touches, scratches overtones and multiphonics set the dark and close atmosphere. The last piece, the conflictual “Aperture”, brings this meeting to its most intense noisy climax before concluding in a peaceful quiet coda.

Epic roundup, Eyal! So much excellent music coming out of Sweden. I really need to dig into these some more, thanks for giving me a roadmap.