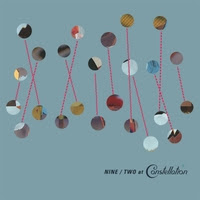 The title of this compilation album refers to nine short duo sets recorded at Mike Reed’s important Chicago venue on September 2, 2015. With eighteen different local musicians of varying prominence in intimate pairings—some improvising through first-time meetings, others playing familiar compositions—the album’s risk is that its advantages and drawbacks can look (sound) alike. Last year, Makaya McCraven’s In the Moment (also recorded live in Chicago and featuring several Nine/Two contributors) enjoyed the benefit of culling the best moments of a year’s worth of gigs yet lost points in some people’s books for the resultant sense of fragmentation and incompletion. Though its premise is fundamentally different (many musicians playing one night vs. one musician playing many nights), Nine/Two is likely to run into similar combination of praise and criticism: the parts are solid, but the whole may be scattered. As a sampler, it’s fantastic—but does it amount to more than that?

Whoever compiled the nine tracks was smart to capitalize on the inherent variety and diversity available to give the album shape. (It’s also possible that the tracks are presented in the order they were played in, which would mean the musicians themselves were responsible for interacting not only with their immediate partners but also with the other duos—I suppose this is true to some degree in any case.) Either way, considering the whole over the parts highlights the contrasts between the sets, for example from guitarist Oscar Jan Hoogland and drummer Ryan Packard’s weird and frantic three-minute improvisation (track four) to bassist Katie Ernst and clarinetist James Falzone’s lyrically graceful ten-minute back-to-back pair of compositions (track five). Or compare Katherine Young and Amy Cimini’s awesomely eerie bassoon and viola improvisation, full of inventive textures and smoldering tension, to the follow-up composition by pianist Dan Pierson and bassist Charlie Kirchen, rhythmically playful and harmonically satisfying.

None of the above is to undersell the compilation’s individual highlights. The usual suspects of the Chicago scene don’t fail to deliver—see the opening set between Joshua Abrams and Dave Rempis, Keefe Jackson and Jason Adasiewicz’s in the middle, or Mike Reed and Jeff Parker’s towards the end. But I suspect that ultimately my favorite use for Nine/Two will be as an entry point into the work of some musicians whose names are new to me. In addition to some musicians already mentioned, Steve Marquette and his Derek Bailey-inspired guitar playing (in duet with drummer Charles Rumback) will go on my list of players to look out for. And perhaps my favorite duet of all comes from Ben LaMar Gay (trumpet/vocals) and Will Faber (guitar/electronics), a soulful, probing improvisation that speaks to a history of collaboration together that promises to reward exploration. Whereas the beauty and intensity of some of the tracks on the album comes in part from their fleetingness, even at eleven minutes this duet feels too short, leaving the listener tempted to go start looking for more and save the rest of Nine/Two at Constellation for later.