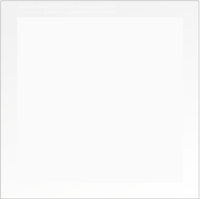 A guitar and bass album, with Goh Lee Kwang from Kuala Lumpur, Malaysia on nylon guitar, and Christian Meaas Svendsen, from Kongsberg, Norway on double bass.

The album was recorded in an independent art gallery close to Kuala Lumpur with a handheld device.

It tells us the story of the first encounter between two different mindsets, nationalities and generations trying - and totally failing at - making any sensible dialogue with their respective musical languages.

Still, the music flows unobstructed, blissfully ignorant of the lack of mutual understanding. It is like water running through rough terrain. It doesn’t pause, it doesn’t quarry or question why. It just moves on to the next thing, then the next, then the next. The music sporadically taps into graspable and palpable ponds of understandable gestures and musical interplay, but doesn’t dwell or linger. It doesn’t dig deeper once it has hit a spot, or analyze the current moment to draw more out of it. On the contrary, the dialogue here seems to be one of no-intention. Any meaning is created only by our habitual convention of action and reaction, of recognizable patterns.

Further still there is a musical integrity at play which stands firm on its own ground. It’s just that the music on this record does not try to make sense of it all. The music is talking about trivial things - about the weather, about the noise from the city, about... whatever. No conclusion needed. Just listen closely and ask yourself: does your skin connect you or separate you from the rest of the world?

The CD and LP come with a custom made pencil which can be used to draw your own artwork on the cover.

All the text above is an exact copy of the album's liner notes. What more can I say? Oh yes, somebody's cell phone rings somewhere halfway the performance, and it probably belongs to one of the musicians because it's clearly not picked up ...

Interesting find, well worth hearing. I'm not sure about the shtick about being incompatible & uncommunicative, though. These pieces are generally articulated note against note, i.e. in the same rhythms, even as the linear elements relate independently.