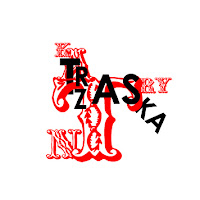 Mikolaj Trzaska is a musician who deserves wider recognition than he does today. He is not only an excellent sax player, as a composer he is also not afraid to take risks and to look for a renewed, more expressive musical language without becoming too experimental or without chasing away potential listeners. He has made some really excellent sax trio albums with the brothers Marcin and Brat Oles, especially "LA Sketch Up" and "Mikro Muzik", both also issued on the Polish Kilogram Records and highly recommended. On these albums, jazz sounds as you've rarely heard it, soft-spoken, sophisticated, nostalgic, yet raw, creative and full of tension at the same time. Interesting. Next to these albums, he's also written a lot of work for theater and television, and this albums fits into that category. It was originally ordered for an internet radio drama, but the music on this album is far removed from the original idea. The input for the music appears to come, not from the play, but from dictaphone recordings made from the author's journey in the Balkans: Slovenia, Bosnia and Herzegovina. The dictaphone recorded everything that was possible to record, starting with the sounds of streets in Sarajevo, conversations in a Balkan bar and finishing with the singing of a muezzin from a minaret in Sarajevo, but also church bells can be heard, dogs barking, car doors slamming, etc. Right through these ambient sounds Mikolaj Trzaska weaves music in his own specific syle, often solo, or accompanied in the lightest possible fashion, sometimes an accordion, often an organ, or just bass, or drums, but never with the whole band together. It is odd music, sometimes bizarre ("Barbarian's Child"), sometimes of extreme beauty ("The Silence of Fish"), but always airy and accessible. And what he makes of this is really powerful : the human emotions laid bare, pain, longing, distress, anxiety, joy, nostalgia. And it doesn't really matter whether you understand any of the slavonic languages heard on the tape. Just let yourself go and listen to the fragile soul of man, made a little bit more eloquent by Mikolaj Trzaska.