Despite the horror and human stupidity taking place in Israel and Palestine, there is still good music coming out of the region, and often artists are taking a leading position in fighting for mututal understanding. It is also clear that the events taking place there also affect the music and the emotions with which they're made. 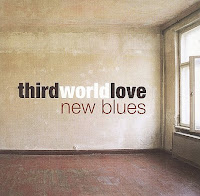 Third World Love is a band from Israel with Avishai Cohen on trumpet, Omer Avital on bass, Yonathan Avishai on piano and Daniel Freedman on drums. This album is much better than their previous release, because there is much more focus, nuance and emotional expressiveness. It is more jazzy, with great melancholy tunes, incorporating jazz, flamenco, mediterranean, Arabic and jewish influences. It is very mainstream without any pretence but fresh enough to be of interest. Some of the tunes are a little bit bland, such as "Hamina", because this kind of flamenco tune and rhythm we've heard a zillion times before, and the band adds nothing to it, but that should not spoil the pleasure, because other tracks such as the more African "Nature's Dance" or the sad "Beauty of Death" are great. 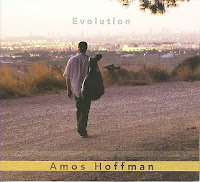 Amos Hoffman is an Israeli guitarist and oud-player. The oud is an instrument I really like because of its natural warmth and clean sound. His first release, "The Dreamer", was a jazz guitar album, and "Na'ama" from 2006, on which he already switched to the oud, incorporated more middle-eastern influences, but was still lacking its own voice. Now, with "Evolution", he goes a step further, again with Avishai Cohen (the other one) on bass and vocals, Ilan Katchka on percussion and Ilan Salem on alto flute. Some tracks are hypnotic like the long "The Journey", blending yearning solos with strong rhythmic drive. The music is at its best when it sticks to the more traditional Arabic influences, like in "The Wheel", on which Cohen's bass is instrumental in shaping the overall mood, yet the real highlight is Hoffman's solo piece "Takasin Bayati". Unfortunatly, not all tracks are of the same quality. But overall a worthwhile album. 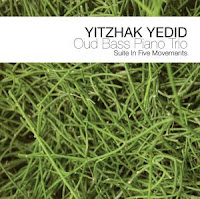 Moving things up a level is Yitzhak Yedid's "Suite In Five Movements", originally recorded and released in 2005, but since recently also available for download on the internet. Yedid is a very gifted piano-player with a solid classical education, with good knowledge and interest in modern classical music and jazz. On this album, he mixes these genres and adds middle-eastern influences. He is accompanied by Mikhail Maroun on oud and by Ora Boasson on bass. The latter kicks of the five suites with a dark and tremendously powerful bass intro, setting an eery tone and atmosphere. The first piece is hypnotic, with lots of unison melodies for either piano and oud, or oud and bass. Boasson's precision on arco is strong, especially in the highest tones, sounding almost like a cello. She is astoundingly good. The second piece is more ondulating, starting slowly, moving to a loud climax in the middle part, and slowing down again into a more resigned mood. On the third movement Yedid himself demonstrates his skills on the piano (see his intro on the video below), in a composition that starts off more light-footed, yet which is pulled back into a dark and solemn atmosphere when bass and oud join after six minutes (still on the video), yet the piano reacts to this by starting to improvise freely and in full jazz-mode, as he's trying to escape from the gravity created by the string instruments. On the fourth movement, melancholy sets the theme, again with Boasson on a hauntingly beautiful arco bass, and with Mikhail Maroun shining on a long oud solo in the middle part. The last piece is nervous and agitated, and if you want to hear a bass weep, this is the place. Sad, dark but immensly powerful. A major success.
Listen and download from eMusic.