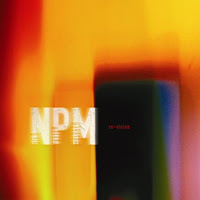 Norwegian trumpeter Nils Petter Molvaer has been one of the most successful artists to blend techno rhythms with electronics and jazz, bringing mostly atmospheric music with a wide public appeal, or at least wider than the material that usually gets reviewed here. Some of his work is really worth listening to, such as Khmer, Solid Ether and ER, because he manages not to cross the line into kitsch territory (unlike his Swiss epigone Erik Truffaz). This album is a compilation of the scores that NPM wrote for films, and which he selected because they can stand on their own, without the accompanying visuals. His soundtracks are, even more than his regular CDs, 100% Molvaer soundscapes, with repetitive rhythms over which his melancholy trumpet soars, dubbed and post-edited. You hear it once and you've heard it all. The adventurousness was of course created at the start with his first albums, now it seems that he's repeating himself over and over. That being said, there are still some nice things to be heard on this album, especially his solo trumpet piece "Trumpet Solo In The Backyard".