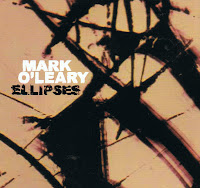 Most fusion is bad music. Because it brings lots of technical skills with little or no creativity, often centered around the guy on the guitar who wants to take on self-proclaimed stardom. There are some rare exceptions of fusion musicians who seek other things. John McLaughlin is a true musician in that sense. He is interested in the music, and his fabulous guitar technique helps him in achieving this musical result. Terje Rypdal belongs to the same category, as does Jonas Hellborg, the acoustic bass guitar wizard who made breakneck speed world fusion (if you like the real guitar wizardry in an adventurous environment, check out Hellborg's CDs with the late Shawn Lane or with the fabulous Niladri Kumar on his custom-made electric sitar : mindblowing stuff by guys who still manage to make music despite their skills).

Anyway, Irish guitarist Mark O'Leary belongs to the same category. Sure, the guy has technique, but if you just listen to the variety of music he released in recent years, it covers avant-garde with Mat Maneri, over electronics with Gunter Muller to free jazz with Han Bennink. He is on a clear quest to find new ways of expression, and he sure has covered some ground.

This is his 17th CD since 2005, and it covers yet again other musical territory. Sure, it is fusion-inspired in his guitar style and in the dramatic build-ups, but there are as much electronics to hear, especially on the first piece, as ethnic influences in the rhythms. He is assisted on this album by John Herndon on drums, known from Tortoise and more recently from the Exploding Star Orchestra, and by Ståle Størlokken on synths and samples, known from Supersilent. The band creates soundscapes, not of a dreamy nature, yet full of tension, full of dramatic effect, with lots of musical surprises and expectations of what will come next. Melodies arise once in a while, as does rhythm, but these are only secondary to the overall musical effect, which can be at once flowing and lyrical to jagged, angular and full of pins, sharp claws and pointy hooks. The title track offers everything from pure soundscape electronics to death metal heavy chords, but moving into wild rhythmic and sonic areas. The longest piece "Theme From Jack Johnson", titled after the long Miles Davis tune on "Agharta" is dark, eery at times, full of agony and despair, with no hope of obtaining release or relief, it goes on and on. Herndon's fierce and irregular drumming is fascinating to hear and the role of Størlokken is vital in creating the overall effect (yes, even though I do not usually appreciate electronics), and the real jazz thing is that these guys improvise and react to each other as you would expect in an acoustic context. It's hard to say what is planned and what is not. The music is uncompromosing, not built on expectations, but on surprise and creativity and brought in an extremely coherent new and sustained language. Mark O'Leary himself calls it "epic post-fusion", and that sounds about right. Or call it the fusion version of Downpour by Cline/Parker/Rainey. But don't expect jazz, don't expect fusion, don't expect electronics. Whatever the description, it surely is something you're unlikely to have heard before, and it is worth listening to : demanding but rewarding.