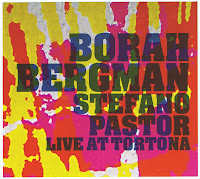 Piano and violin duets are quite rare in jazz, but this album shows that the format has something to offer. This duo is even more unusual because of the two musicians' idiosyncratic styles. Although considered a free jazz pianist, Bergman actually makes an amalgam of musical styles, being as versatile in classical modes (as on the last track), ragtime, blues, accompaniment for silent movies, romantic moments and pounding and swirling avant-garde. Not only does he do it all in one piece often, but even with both hands playing in different styles and epochs. And the great thing, he infuses his music with the occasional hint and moment of humor. Stefano Pastor is also in a different category: he plays the violin but the "voice" that he gives his instrument is unique: it sounds deep and full, something holding the middle between a clarinet and a soprano. I wondered before how he achieved this, and the liner notes solve part of the mystery : he uses "extremely rigid electric guitar strings" on his violin, which, with lots of practice, made him achieve this warm sound. His tone is more melancholy than Bergman's, yet it forms the perfect complement for the piano, and the way both musicians interact, dance around each other, mirror phrases and co-create, is a joy to hear. While their journey on this album indeed covers lots of ground, it still has a great balance between relatively accessible and "out there" moments, and maintaining a nice sense of intimacy all through the performance. The sudden sounds of the local church bell gives it an extra dimension of closeness and proximity. 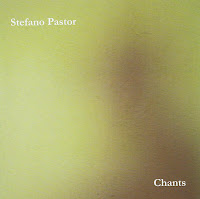 Earlier this year, Stefano Pastor also released a solo violin album, or almost, because he overdubs some tracks with guitar and mandolin. His music is improvised, on known themes, full of warm intimacy as said above, drenched in Italian folk and jazz tradition, full of melancholy, yet at the same time free as the wind. Not everything works though: five of the ten pieces have vocals, and sometimes move into totally different forms and styles, especially the last track. That being said, the album is a very daring and personal musical statement.