Following the great example of Tomasz Stanko, the trumpet is an instrument in full appreciation in Poland, and there is also Andrzej "Major" Przybielski, who is quite a phenomenon in Poland and insufficiently known outside the country. Recently, he played alongside Wojtek Jachna, a young Polish trumpeter in "Sing, Sing, Penelope", who just released a new duet with drummer Jacek Buhl. And then you have Kamil Szuszkiewicz, another young trumpeter who's played in quite a number of Polish bands. Some of his recent material is featured here.The great thing about the two musicians is that they develop their own style and voice, without making too many concessions to popular expectations. 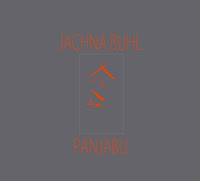 On "Pan Jabu", Wojtek Jachna plays trumpet, cornet, flugelhorn and electronics, and Jacek Buhl plays drums and percussion. Although Jachna is a guitarist and punk rocker "by education", his trumpet-playing is mainly self-taught and refined by studying with other players. Both musicians add rock and electronic elements in every track, resulting in an atmospheric meditations combined with a sometimes powerful drive. "Nu jazz" if you want. To it's credit, the album does not have the pretense of Nils Petter Molvaer (although his influence is obvious, yet without the Swede's power), nor does it fall into the abyss of commercial sentimentalism like some of the more recent work of Markus Stockhausen or Matthias Eick. It's a pleasant, sometimes even joyful and promising album, although one would have expected more power, anger and creative attack from two musicians who have been active in the alternative, punk and noise scene. 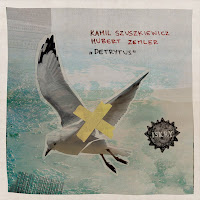 Another trumpet-drums duet comes from Kamil Szuszkiewicz on trumpet and Hubert Zemler on drums. It's just an EP, with only three tracks, but it's quite powerful in its simplicity. It is creative, fresh, joyful, intimate and pure. Even the somewhat darker second track demonstrates - despite its more avant-garde leanings - a total lack of artificiality, and even fun when the sound of sports shoes rubbing the floor is used as a rhythmic gimmick. And the last piece is a great open-ended meditative improvisation. It's just twenty minutes long. It's free, and I love it.

The EP can be downloaded for free from "Internet Archives". 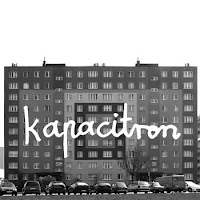 So I looked further, and I found Szuszkiewicz and Zemler back in this quartet, with Wojtek Traczyk on double bass, and Wojtek Sobura also on drums and "objects". With two drummers, the rhythmic elements are much more prominent than on the duet, but the fun is as great. Again, no need for special effects, no need for elaborate compositions, just plain melodic improvisations over a great rhythmic foundation. It is light-footed, open, creative and crisp. Fun and deeply sensitive at the same time. It's again only an EP, a little over twenty minutes long, but again twenty minutes of pure musical listening joy!