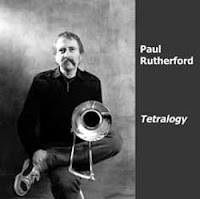 Last year Emanem released new material by the late trombonist Paul Rutherford, an artist who had been instrumental in creating and shaping the European free improv scene. The album consists of four quite distinct performances. It starts with "Elesol", three tracks for solo trombone and electronics, a kind of experiment and not really successful in my opinion. This is followed by two pieces for horn quartet, with George Lewis on trombone, Martin Mayes on French horn, and Melvyn Poore on tuba. The four men make their improvisations vary between solemn lyricism and wild intensity, with the former being the dominant one.

The second CD starts with three lengthy pieces for solo trombone, and to me these are the highlight of the album, showing the trombonist's richness of voice and experimental power. The last three pieces are a trio performance with Paul Rogers on double bass and Nigel Morris on drums. An interesting album for fans of Rutherford. The non-electronic solo performance and the brass quartet alone would have made a great record. Now, it sounds more like a collection, rather than a unified listening experience. 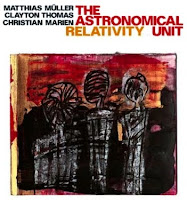 Without a doubt a great fan of Rutherford, German trombonist Matthias Müller, in a cohesive trio format with Clayton Thomas on bass and Christian Marien on drums, takes the learnings of the great Brit into outer space. In four fully improvised pieces, the trio leads us on our interstellar journey, and it is quite an interesting one: it is one in which surprise and wonder reign. The notes are sparse and intense, the interaction telepathic and warm, moving quite well together, forward all the time.The sounds they create are minute, precise, full of new textures and shades of colors, unhurried, calm yet resolute. It does not have the raw energy of the duo albums of Müller and Marien, but the end result is even stronger. You will need open ears for this one, but you will not be disappointed. A truly powerful album. 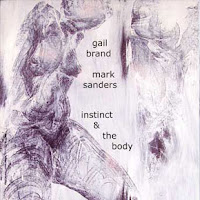 Equally adventurous, although much more direct and immediate in its expressivity is this CD by Gail Brand on trombone and Mark Sanders on drums. Both Brand and Sanders are well-known artists of the British free improv scene. Together they create this very intense, raw, violent, sensitive and subtle interplay of bouncing notes and crashing percussion, shifting between velvety and abrasive sounds. As the liner notes say : "ten years or more of laughing, crying, shouting, listening, uprooting, settling, coming and going, and improvising      it's all in the music". And that's an adequate description.