Prolific, the guy! Promises one album per month this year composed by him. Here are already a few to start with. 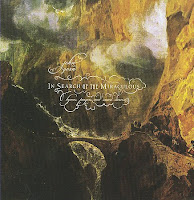 A typical atmospheric piece of music, with quite repetitive piano phrases based on klezmer scales. Very lyrical and nice, sometimes with odd rhyhms as on "Magus", the central composition of the album. The band is excellent, with Rob Burger on piano and organ, Greg Cohen on acoustic and Shanir Blumenkranz on electric bass, Kenny Wollesen on vibes and Ben Perowsky on drums. Despite this stellar list of Tzadik musicians, the music itself has a kind of déjà-vu effect, even if some of the playing is more emphatic than on other albums. 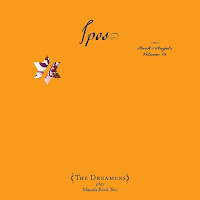 Then I like this album a lot more, even though the recipe has also been used before. The Dreamers are Marc Ribot on guitar, Jamie Saft on keyboards, Kenny Wollesen on vibraphone, Trevor Dunn on bass, Cyro Baptista on percussion, Joey Baron on drums. Ribot's guitar switches easily from klezmer over surf and blues and rock 'n' roll to Spanish influences, with a more violent attack than on some of the previous "Dreamers" albums. The compositions are fresh, the melodies easy in the ear, the playing crisp. Wollesen's vibes give the great antidote to the guitar, adding the jazzy light swing touch, and the rhythms, well, the rhythms ... are magnificent as usual, putting you in all kinds of moods and inclinations to dance, despite the dark undertones of the music. 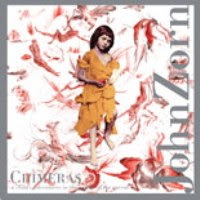 Originally composed in 2001 (and released in 2003), the album has now been revised and reissued. "Chimeras" is adequately subtitled "a child’s adventures in the realms of the unreal", and it can be described as an absolute musical nightmare. It is dark, frightening, with light touches beaming through, like a lullaby arising out of violence, like a tiny light in the darkness giving you false hope of rescue, like friendly faces turning into gargoyles. Human warmth is present, but only as a delusion or deception. The reality appears cold, distant and hostile. Or is that "the unreal"?

The musicians are Jennifer Choi on violin, Tara O'Connor on piccolo, flute,alto flute and bass flute, Fred Sherry on cello, William Winant on percussion, Mike Lowenstern on clarinet and bass clarinet, Stephen Drury on piano, celesta and organ, Ilana Davidson and Elizabeth Farnum on vocals. The orchestra is conducted by Brad Lubman.

The music is as ambitious as it is pretentious, although it will not leave you indifferent.

agreed on the first two: while the first one superficially seems very pretty, mesmerizing even, it indeed resembles some earlier efforts too much and lacks depth, or something that really grabs you. the dreamers album is about as good as the s/t album or "O'o", imo

haven't heard the third one yet, one of several i'm still missing

Well, you hit the nail on the head. John Zorn has made some excellent - and gender defining - albums in his career, but 'some' is the word. Why he thinks bringing out a CD a month is of interest I'm amazed. It's almost as if quantity not quality is the goal (I sometimes wonder)?!

Thanks. I think I´ll check them out. Not only Zorn with a tight schedule this year. You may also get one new album of noisy stuff from Jazkamer every month!
http://www.lassemarhaug.no/picadisk/releases.html