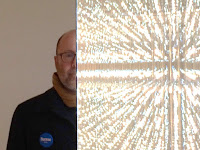 Gregg Daniel Miller is the author of Mimesis and Reason: Habermas's Political Philosophy (SUNY Press, 2011), and has taught political theory at various universities for many years. He began his one-way trip down creative/free music alley in around 1997 after hearing Matthew Shipp's Prism and Roscoe Mitchell's Sound Songs. Recently he has begun laying down his own saxophone impressions on Bandcamp.com under the name Miller-Hailey. He plays around Seattle, most often at the weekly improvisational feast called The Racer Sessions, Sunday nights at Cafe Racer in the U-District.