As mentioned earlier this year, with the review of "Theater Tilters, Vol. 1", you are all still entitled to Volume 2, now released. The band is still the same, with Fredrik Ljungkvist on saxophones, and clarinet, Magnus Broo on trumpet, Paal Nilssen-Love on drums, Ingebrigt Håker Flaten on bass and Håvard Wiik on piano.

The second volume is like the first one also a little over fourty minutes long, but as can expected worth every second of it. Luckily, the entire two volumes can be purchased and downloaded from iTunes as one album.

Like all the other albums, Volume 2 brings coordinated chaos, or raw structure, with disciplined yet powerful improvisations, going deep into emotional layers while pumping up the drive for the fun of the playing itself. It is jazz, it is blues, it is adventurous, it is reverent, it is wild, it is sensitive, it is mad, it is full of rhythmic and structural delights.

Those of you who know the band will not be disappointed.

Meanwhile, and quite extraordinary, No Business Records already re-issued two of the classic Atomic albums on vinyl, because the original CDs were already out of print. The re-issues are numbered and also released in limited edition. So if you don't have these two excellent albums yet, be fast if you want a copy.

I will not review those two albums : they've been in the press sufficiently, with lots of great accolades in the press. Check out the band's website for more information on their discography. 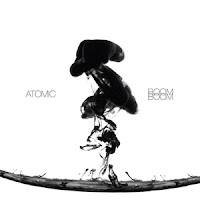 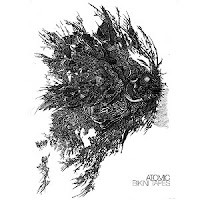 Limited to only 300 copies!