Swedish saxophonist Martin Küchen is a man with several voices, yet all of those are worth listening to. Whether all fun with "Exploding Customer", or deeply tragic with "Trespass Trio", one of the best albums of last year, or with "Angles", one of the best albums of this year. At the same time, he is also exploring more avant-garde areas, and to his credit, because the variety adds to his expressivity. This is music that barely touches silence, it is monotonous, drone-like, a sonic universe with a strange appeal.

Küchen does not have a quite optimistic worldview: his stories are about the abuse of power, war, death, decay, lies and deception.Yet, at the same time, he is inventive and boundary-breaking on his instrument and in his music. As can be expected, not everything works, or not everything works for me, to be more precise. On the other hand, he dares go to real weird places without resorting to the simplest elements of shock or outright violence. This is not in-your-face rebellion. It is about subtle musical experience. This is by far the best album in the series here reviewed, with Martin Küchen on alto saxophone; Guilherme Rodrigues on cello, Ernesto Rodrigues on viola, and Carlos Santos on electronics.

This utterly sparse album consists of three tracks, with a interesting sounds evolving slowly and hypnotically into the longest last track, on which an ear-piercing repetitive phrase creates a haunting effect for other dark rumbles and noises to create an atmosphere you will not forget. Despite the original inhospitable environment, when you listen again and again to the album, it has a kind of comfortable recognition of wanting to be part of it. 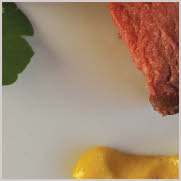 On this album, Martin Küchen and Seymour Wright play alto, with former AMM guitarist Keith Rowe on electronics. I never quite understood all the fuss about the latter, whose music is pretty boring to my ears. In fact, nothing happens. This may lead to an avalanche of comments by fans, adding that the subtle changes require in-depth listening etc. I tried, but it remains boring, but time will tell.

On this CD, the recipe is quite similar to other Rowe albums, but with the difference that the two saxes add sounds, not always recognisable as saxes, with some radio sounds added once in a while. You hear scratching, rumbling, drilling, collected noise, but also primarily collective noise with no sense of direction, and ending in the kind of ultrasonic whistling that is guaranteed to break the last nerve in your body. The album is not bad, and it has the merit of being short, a little under fourty minutes. 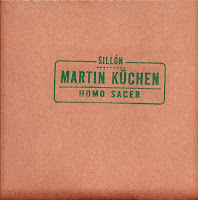 Released in only 250 copies, this solo album by Küchen is also far into the avant-garde regions. Like with lots of avant-garde brass musicians, think of Nate Wooley, the sounds are no longer voiced, with the exception of the long title track, on which his alto takes on a kind of flute-like quality over a drone of other sounds.

The expressivity is not of the wailing kind, but of the infinite ranges of shades of gray that you find between notes. There is not much color indeed, but somehow it succeeds in transferring something deep while listening, and that's what art is all about. 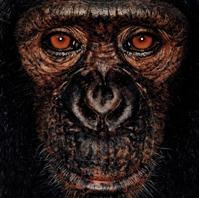 This solo album starts with the kind of farting sounds that made my wife wondering what the hell I was up to, and when she heard it was a record I was listening to, her expression of disapproval did not really change. The farting soon stops of course, but the physicality remains, with muscular work-outs in the most unknown regions of baritone and alto saxophone. In most of the tracks, you hear wind and the clicking of the keys, or very suppressed sounds. The end result creates a lot of psychological tension, at least to me, and not because of my wife, but because of the built-up tension in the music that never ever gets any form of relief. What remains suppressed: the lies and the fact of being an orphan. Physicality becomes metaphysicality.