With some regularity we get tribute bands for Coltrane and Miles, and that should be no surprise, considering the musical revolution those giants had on the history of music. What is unfortunately also not a big surprise is the lack of quality of the tribute bands. But luckily there are exceptions.

My favorite band, and yours too without a doubt is "Yo Miles!", led by Henry Kaiser and Wadada Leo Smith, but there are also some fun alternatives, like the Miles Tribute Band from Scandinavia. The former re-issued parts of the records released on Cuneiform some years ago, and added some unreleased material. 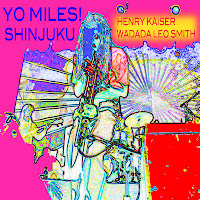 The first of these albums is called "Shinjuku", and it brings the tracks "Shinjuku", "Who's Targeted", "Miles Star" and "Willie Dixon" from "Sky Garden" (Cuneiform, 2004). One piece is new:  "Muhamed Ali".

The playing is again fantastic, full of drive, technical skills and musical joy. It starts with this kind of mad tribal hypnotism that makes you want this music never to stop, followed by lots of quieter moments but full of crackling intensity, in the best Miles Davis vein, allowing especially Wadada Leo Smith to go deep into his known emotional spritualism on trumpet. And the album ends with a phenomenal duet between the trumpeter and Zakir Hussain on tabla, this almost becoming Smith's second nature to perform with percussionists. 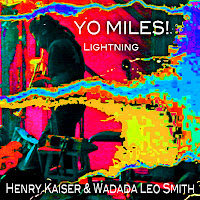 The added pieces are great, starting again with a great duet between trumpet and electric piano on "Still Sunrise".

To hear the live version of "Miles Dewey Davis III Great Ancestor" in a live version is fantastic, with the whole band moving forward on the magnificent pulse of the electric bass and the percussion, with guitar and keyboards adding the side colors for the soloists. You can only get up and dance when you hear this stuff. I usually hate the sound of rapid fire electric bass, but here it works to perfection. 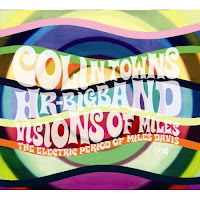 It is somewhat unfair to review Colin Town album in this context, because the British composer brings Miles Davis's electric music more into mainstream territory, played a German big band. It is a challenge like expecting a big truck to be as flexible in taking high speed turns in the road as a rally car, but somehow they kind of manage. The band covers the themes quite faithfully, playing compositions like "Bitches Brew", "Tutu", "Calypso Frelimo", "Agharta", "In A Silent Way" and other pieces.

The great thing is that these compositions really stand their ground, still sounding fantastically compelling and powerful. Let's hope the performance will guide listeners to the original. 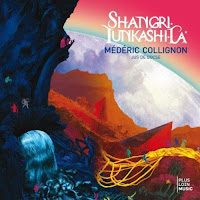 This album led by French trumpeter Frédéric Collignon starts really strong, with the Davis' compositions "Billy Preston" and "Bitches Brew", full of drive and power. The band is Médéric Collignon on pocket trumpet and voice, Frank Woeste on Fender Rhodes 73,  Frédéric Chiffoleau on double-bass and electric bass, and Philippe Gleizes on drums.

That is the good news. Things start turning a little strange when Collignon starts singing, not really my cup of tea, on "Early Minor", with a four person horn section. Unfortunately Collignon keeps up the scat singing on "Shhh Peaceful". On "Ife" he starts changing the sound of his trumpet electronically to the extent of extorting silly sounds that could have come from a seventies moog synth, which is even exaggerated even more on "Interlude". "Nem Um Talvez" is accompanied by background vocals.

The album ends with Led Zeppelin's "Kashmir". I can't believe how four musicians with the skills of this band can so utterly destroy their own music and the example they take it from by adding non-essential stuff and style-breakers. A pity.

If only his album had sounded like this clip by the band, it would have been great.

I saw Méderic Collignon on Victoires de Jazz. I'm sure he's an excellent musician but it seemed rather 'overly dramatic' to me, almost pretentious. But then again that's just one man's point of view!

Anyhow, the french public seemed to be lapping it up.