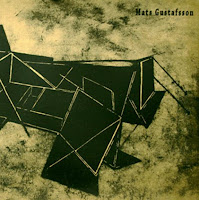 I’m convinced that we, free jazz/improv fanatics, often underestimate the alienating impact much of our beloved music has on those surrounding us: parents, kids, husbands & wives, kindred spirits. Not to forget our friends with the huge frequency range: dogs. Especially the European school of free improvisation, with its preference for extended techniques, its dismissal of standard linearity and absence of traditional jazz/pop elements, often remains a tough nut to crack. We’ve all had the experience of a relative or neighbour asking why the hell we were vacuuming or drilling at 10PM, while we were in fact listening to the latest John Butcher or Peter Brötzmann addition to our record collection.

Even though he’s often working in more conventional (as in: not as perplexing) contexts, Swedish reed eater Mats Gustafsson is a perfect example of an artist who’s extracting the most diverse and dividing reactions from his listeners. While playing the ‘Needs!’ LP, I even heard someone asking whether everything was still okay with my record player and speakers. And for a moment, I wasn’t entirely sure. It’s THAT kind of record. Because when Gustafsson is in his DESTRUCTION-mode, he’s the Jason Statham of free improvisation: anything can happen, and more often than not the results are as fierce and explosive as the nastiest punk rock, capable of giving you a toothache or making your brain halves switch places (even though his creative and technical prowess as a musician is nearly unparalleled as well, meaning he’s also in command of the subtler possibilities of his art).

‘Needs!’ is a radical solo album. Not in the way the wonderful ‘The Vilnius Implosion’ (2008) was, but with an electro-acoustic twist to it. Gustafsson has increasingly immersed himself in knob fiddling, and this record offers the results of this merger of “live-electronics and big treatments & related activities of baritone and slide saxophones”. The two album halves each contain five songs, and all ten pieces bear dedications (much in the way in which Ken Vandermark pays tribute to influences and colleagues on his albums). The album halves also follow a similar pattern for a while: both sides start with a puzzling short piece, which is followed by longer and more confrontational piece, which in its turns is succeeded by three more short ones.

As a power player, Gustafsson is the king of bleats and squeaks, of growls and groans, but in this case it’s about the ‘little’ sounds: the tongue slapping, the hissing, the breathing and moaning, which are accompanied and/or treated by electronics to such a degree that it’s often hard to figure out where the man-made sounds end and the machine-manipulated ones begin. The pieces that start off both sides almost feel like signals from above, transmissions from outer space that are only picked up in interrupted spurts. Only near the end can you hear the slapping of the tongue beneath the murky creaking. The long tracks are even much more provocative, with buzzing and droning sound waves, as if a machine of an unknown origin suddenly starts farting. And keeps it up for a few minutes.

The shorter tracks that end each half are a mixed bunch: some are less buried below layers of electronic bricolage, pushing the wheezing air travel to the foreground, while others seem to remain at the mercy of the machines. You get the gist: ‘Needs!’ delves into the electro-acoustic experiment without looking back even once. It’s another treat for fans of Gustafsson’s excursions into the avant-garde and those who have a fondness for this kind of messing around. All the others should approach with caution.

‘Needs!’ appeared in a limited & numbered edition of 500 copies.