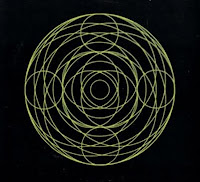 Joe McPhee's Survival Unit III's "Synchronicity" is a tough, dark and moving affair. His experience working the timbers and tones of the avant-garde with his saxophone and clarinet is on great display. The recording was made of a concert date at The Hideout in Chicago in 2007, the sound is excellent and the audience was obviously quite appreciative.

While noise, both electronic and acoustic, is used to shade and texture, it's never at the expense of the music. Melody, no matter how obtuse or abstract, is never far behind as McPhee delivers big confident passages, and Fred Lonberg-Holm's cello and electronics generate accompaniment that tenderizes and terrorizes the senses. Drummer Michael Zerang accompanies, leads and generally holds the group together as they progress through this thrilling set.

About eight minutes into the fierce and free "Waiting for the other shoe", Zerang picks up a steady tempo, and things get really deep and grainy. McPhee's tonality deepens, notes elongate, and perhaps because of the steadier beats, the song begins to take on a sinister hue. Attention soon shifts to Lonberg-Holm, whose evocative double stops eventually devolve into mere scratches and scrapes before the tune rebuilds, soon sounding even tougher.

"The why not" is an uncompromising mash-up. McPhee is unrelenting, and Lonberg-Holm pulls out heavy metal inspired riffs between shifting swaths of sound. After reaching the zenith, the last two minutes see the dynamic drop precipitously and it sounds like McPhee has switched to the clarinet.

"Hmmm (for Maryanne Amacher)" is a bit more subdued, though by no means a less energetic affair. McPhee squiggles and squirms over chirping electronics and impressionistic percussion. "Hndrx 9-18-70", too, is an abstract affair, with Lonberg-Holm providing a long and fascinating solo that turns the cello into a nasty, dirty, distorted lead. Slowly evolving, the 15 minute foray into sound and fury builds to an exciting climax with McPhee blowing plaintive lines over harsh stretches of sound from the cello and furious network of rhythms from the drums. After the first peak, the song continues to play-out as a tuneful tribute to the songs namesake's seminal passing decades ago, building to a second searing moment.

This is a powerful album, it takes fortitude and might to listen, it's not for the feint hearted and it's certainly worth using all of your listening might to digest it all.