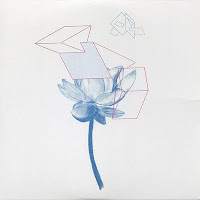 When drummer Mike Reed presents the idea to bass clarinetist Jason Stein and guitarist, keyboardist, turntablist Nick Butcher to form a trio, the music on this album is created, but the real touch of genius comes when they invite vocalist Sharon Van Etten to join.

Even if free in nature, the music is close to prog rock, with sweet melodies and harmonies evolving slowly and freely, with Van Etten's soft and crystal clear voice adding a dimension of folk and naive innocence. Yet this dreamworld of light textures is then broken by bouts of illogical instrumental parts, of an uncanny and eery nature, sometimes dissonant, but not always nightmarish, just hard to comprehend, hard to grasp, yet inviting. You have to undergo the sounds, like you have to play the lead role in the weirdest of your dreams, with shifting backdrops and contexts and characters, a victim of your own imagination.