Sonic explorations into the realm of the unknown unknowns

I'm not sure whether the "free jazz" name of this blog is still appropriate for the music reviewed, but with the records below, we go deep into sonic explorations, with no need for any reference, or any tradition. Just sounds and sounds and sounds doing what they are supposed to do : surprise us, captivate us. The great thing about attentive listening to this music is that it forces you to listen differently, as if music and background sound of whatever nature mingle, as if the sounds you hear represent something that is happening in your own immediate environment, as if the sounds are not just sounds but the result of real life things happening around you. It opens new doors of perception. 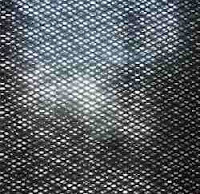 Lucio Capece plays bass clarinet, soprano saxophone, effects, while Birgit Ulher plays trumpet. None of those instruments sound as you would expect, sometimes as percussion, sometimes like whispers or far-away engines, shimmering layers of sound, yet the result is often perplexing. 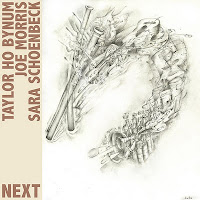 Taylor Ho Bynum plays cornet, flugelhorn, bass trumpet and piccolo trumpets, Joe Morris is on guitar and Sara Schoenbeck on bassoon. The trio brings a sequence of fragile interactions of embracing sounds. These are intimate chamber improvisations, sweet and cuddly even at times, enveloped around silence, with the instruments being played at minimum volume, and despite the dissonance, the abstract phrasing, the end result is one of a contradictory soothing, unhurried calm. 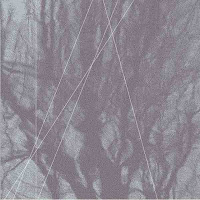 Speaking about silence, violinist Jennifer Allum and free improv giant Eddie Prévost on bowed percussion create a subtle and refined sound sculpture, on which notes barely change, tones barely surface the silence, and in which both instruments strangely merge until violin and percussion become one. The result is absolutely mesmerising at times. 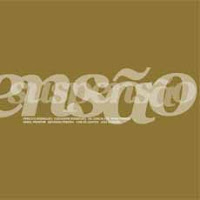 Silence with two is one thing, but silence with eight musicians is a real feat. The band is Ernesto Rodrigues on viola, harp, metronomes, objects, Guilherme Rodrigues on cello, Gil Gonçalves on tuba, Nuno Torres on alto saxophone, Abdul Moimeme on prepared electric guitars, Armando Pereira on accordion and toy piano, Carlos Santos on electronics and piezo elements, and José Oliveira on percussio. The "suspense" in the title is well chosen, as the music's minimalism creates the kind of tension that you wish would explode, come to a paroxysm, come to an orgasm, but it doesn't. The sound is the calm before the storm, the fear before the killing, the sensitivity before the climax. That kind of tension. Slowly evolving, close to silence, with instruments adding shades of sound, whispers, scrapings, bows, ... 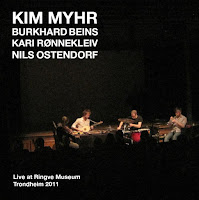 I already praised Norwegian guiatist Kim Myhr for his collaboration in "Nectars of Emergence". On this album he plays 12-string, baroque and nylon string guitars, zithers, small percussion, and is accompanied by Burkhard Beins on percussion and objects, Kari Rønnekleiv on viola, violin and hardanger fiddle, and Nils Ostendorf on trumpet. This Norwegian-German quartet uses the same minimalist approach of built-up tension without real release, with an intensity that is almost tangible. It is very short, but the result is absolutely impressive. 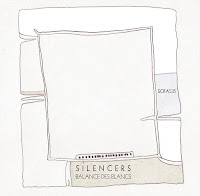 We find guitarist Kim Myhr and trumpeter Nils Ostendorf back in the company of French pianist Benoît Delbecq and percussionist Toma Gouband, for another mesmerising journey into sonic unknowns, played with incredible control and mastery of the instruments. Delbecq shows the same restraint as Christian Wallumrød in "Dans Les Arbres", a band that can serve as a good comparator. 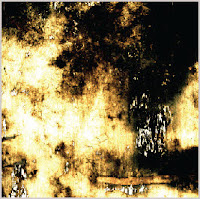 This trio of Michel Doneda on sax, Jonas Kocher on accordion and objects, and Christoph Schiller on spinet, is possibly the most bizarre line-up you've ever heard, but the listening experience is again staggering. The sound you hear is impossible to describe or to qualify. It is zen music in a way, but again with the same impression of a sonic illusion, depending on how you listen, it can be equally terrifying. It is soothing and nerve-wracking at the same time. The listener decides.


What can I recommend? All of them, but that's of course too easy. I must admit that my interest and enjoyment of this music has come only in the last years, and because there are no references, it's hard to compare, but the quality is obvious in all of them. My suggestion : pick any one of them. Don't try to understand the music, just let go and experience without preconceptions. See how it affects you, then look out for the other albums. Musical enjoyment is guaranteed.

Somehow, the future of art music lies on the road these bands have taken.