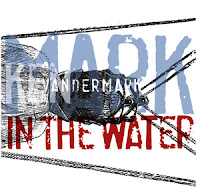 Speaking of the parent culture, you gotta love Wikipedia. There, I found this: After several years of Vandermark 5 performances of his arrangements of works by Sonny Rollins, Joe McPhee, Cecil Taylor and others, Vandermark in 2005 announced, "Though I have learned a great deal by rearranging some of my favorite composers' work for the Vandermark 5, it's time to leave that process behind and focus more completely on my own ideas.”

A half truth, like most things on Wikipedia, as 2011 will be remembered for (among other things) Ken Vandermark rearranging some of his favorite composers' work for Ken Vandermark in the solo setting for release on the recording Mark In The Water—a CD length mish-mosh of post modern ancestor worship.

Simply by reading the roster of “dedications” and “portraits”, before note one was heard, there was memory of a record by none other than Kenneth “Thumbs” Carllile, in particular a tune called "Springfield Guitar Social." In this short song, Carllile imitates the guitarists of the day—Chet Atkins, Les Paul and the like. Each musician is imitated for a few measures, with the whole piece book-ended by (and contrasted with) Thumbs Carllile's own unique, developed, signature style. One comes away from that listening experience with a deep appreciation for Carllile's musicality. While his influences and antecedents are obvious and his ability to ape their styles uncanny—at no point does the listener forget they are listening to Carllile.

Similarly, at no point does the listener forget they are listening to Vandermark, despite the musical mime. Not that Vandermark is an incapable musician—even if the only time he touched the instrument was when recording and playing live, that's still more billable hours than most of us 9 to 5 schlubs combined. Through continued application, Vandermark's technique is polished to a high sheen, single reed excellence in abundance. That this is a live performance makes the high wire aspect of the recording all the more thrilling and Vandermark's stature as a reliable commodity producer that much more certain.

If you do get this recording, a fun game might be to put the CD into the player without looking at the track list and see if you can guess whose “portrait” is being musically painted, or for whom the piece is dedicated. I got the Evan Parker track right--that's one out of ten right...I guess that just goes to show how little I know. Ignore me. 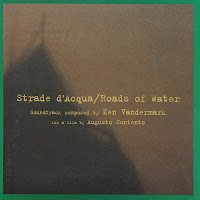 Wikipedia also told me that Vandermark's studies at McGill were in “Film and Communication.” As such, it's safe to say that Vandermark has at least given some thought to the roll and function of music in film (which is more than I can say, so ignore me twice.)

Unfortunately, I only got a download of the music, and not the images—which is a pity. It becomes apparent quite quickly that the images (regardless of what they are) were an equal member in the ensemble. Without the imagery, the music has a hollow, plodding quality which for all I know is exactly what Vandermark wanted and was perfect for the film.

There are certainly “film music” elements throughout—bring in the honestly and truly fabulous Jeb Bishop and his majestic tone to give the feeling of unity and triumph. Feeling spooky? Try Fred Lonberg-Holm bowing a harmonic or Nate McBride bowing a low E...that will spook 'em! And so on, somewhat crudely, for the duration of the recording. In and amongst, I can't remember where, Vandermark has a spirited tenor solo, and again, can there really be too much Jeb Bishop? Getting to those peaks, however, is a hard, austere slog.

You can legally watch the movie "Roads to Water" on-line @:
http://www.cineacqua.com/

The solo record sounds like a Vandermark album for the simple reason that he is not rearranging other people's work. He states clearly in the liner notes (which are quite essential to grasp what he was aiming for)that it was his original intention, like Brötzmann before him, to record a solo album every five years (although it took 8 years since his first one), to witness the progress/evolution made, or record his position at that very moment.

The portraits are only portraits in that the artists mentioned offer the spark that set Vandermark off on his own trip. I think it's more about using certain aesthetic ideas (that were important to/or introduced by that certain artist) as a starting point for personal development, rather than a postmodern call & response game. And I'm pretty sure that not even an expert in modern jazz is supposed to recognize the tricks & tics that might be there (or not). You gotta give the man one credit: he may have his influences, but you can hardly accuse him of gratuitous ancestor worship (and i'm not saying you did).

As for the dedications - they have been a recurring thing in the Vandermark catalog for years, but there is very rarely a clear cut relation to the artists referred to.

Anyone who has ever heard Evan Parker will know immediately that there is a clear cut relation to Evan Parker on the track Steam Giraffe.

On Steam Giraffe Parker's methodology (which, to borrow from Harold Bloom, Vandermark liberally "misreads") is more than "the spark that sets Vandermark off on his own trip." Instead it is an aural slide show from Vandermark's trip(s) to that foreign, sovereign land.

Who confuses a slide show with the real thing?

I totally in agreement with you on the assessment that dedications - they have been a recurring thing in the Vandermark catalogue for years, but there is very rarely a clear cut relation to the artists referred to. I am not sure if we are in agreement if that is a good or bad thing if only because I'm not sure of the answer myself.

Thank you for writing!

I didn't really do the fun game of guessing who the pieces were dedicated to, but I felt that especially the McPhee piece seemed close to McPhee's sound & style, but it's not really something I can put my finger on. I guess the influence/slide show varies from cut to cut.

I totally disagree with your rating, Stanley Jayson Zappa, especially with the film music. You made a point. I made mine. Regards