To write about solo percussion works seemed a unique challenge. At first, I was both intrigued and bit skeptical that percussion alone could sustain an entire recording, but I'm pleased to report that my prejudgements were, as most are, entirely unfounded. 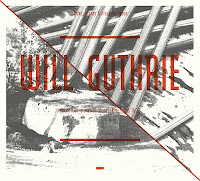 The songs on Will Guthrie's album are Sticks, Stones, and Breaking Bones, and as the names imply, there is a fragility and certain brittle dryness to the album. It begins with a clatter of percussion and quickly the rhythms and textures emerge. Hypnotic and cleansing, primitive and dense, the complex rhythms build to a mesmerizing climax during the 16 minute closer Breaking Bones. But getting to that point is a journey of space, texture and time. In fact, Guthrie, who is also a member of The Ames Room, decribes his music as "high energy, rhythmic, repetitive, intense, tribal, with influences as diverse as gnana music, west african pop, minimalism, noise music(s)." And it's all of that, not to mention quite resourceful and inventive too, as Guthrie runs through all the different permutations and combinations of beat patterns. Sticking to his drum kits and assorted percussion, Guthrie lays out the skeletons of the songs whose bones he starts breaking. 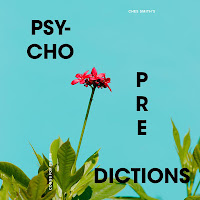 When not working with the who's who of jazz, it seems Smith is busy inventing a new definition for solo percussion with what he calls Congs for Brums. This recording Psycho Predictions is a suite like piece that incorporates all sorts of percussion and electronics. Recorded without overdubs, it runs as a series of ideas and that flow meticulously into each other. Though a solo percussion recording, Smith employes electronics and vibes along with his drums to create a range of textures and sonic interest. The resulting unusual mix of sounds may grate against each other or mesh in unexpected patterns. What to listen for are the internal rhythms and tones that happen between the clatter of percussion, oscillations of the electronics and shimmering tones of the vibraphone. It's a fascinating landscape that Smith paints and not what you may be expecting.

Come at these two albums with no expectations but be prepared for something new. The sheer inventiveness of these albums show that 'solo percussion' can mean many things and go in far different directions. Creative, thoughtful, and again, resourceful, these are two very interesting and unusual albums.