Fire! with Jim O´Rourke: Released! -- Looking from a different perspective?

As you can imagine we (the team) all get to hear the same records, and who reviews what basically works out as 'whoever fancies writing a review .... is welcome'. This of course means that you can get beaten to the post by another reviewer. As happened with me once, Stef was so interested by what I wrote he listened to the album and wrote a second review, which he then posted next to mine. It was an interesting experience to see two (more or less same) opinions, or one could say looking at the same thing from two viewpoints! Here, is a second, no third take on the 'Fire!' record with Jim O'Rourke. 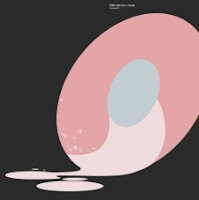 
A short review of this small offering from Rune Records which could easily slip by without anybody noticing. This 10" EP (I think it's a very limited pressing!) with music by the undefinable Jim O'Rourke is 11 minutes of uncluttered (improvised?) music that passes you by within the blink of an eye. I'm not sure what the story behind this recording is but it's a shame there's not more of it, or at least I wonder what would of happened if they'd developed it a little further. To my mind it sounds like a sketch for a larger project which it is, and that's what makes it (for me) a slightly 'unfinished' sounding record. The group as you'll see below is a classic quartet line-up, however the music isn't easily classifiable. On 'Certainly those older and released...' (Tk1) you get to hear sampled and manipulated sounds mixed with guitar, minimal repeated bass riff and simple drum fills which develop gradually into a mournful melody played on sax which leads us out. On Tk2 'Particular local and plastic wrapped' the group builds in intensity with Gustafsson leading the troupes into battle over a repetitive bass riff with the other instruments following on gradually building in intensity, subsiding only as the sax steps aside. In fact you could sum up the basic idea of both sides of this EP as music which pulsates over a simple harmonic base.

There's not much else to say about the music as at the very moment it starts to take off the track runs out, or should I say the record stops. But what is here is quite interesting, it's just there isn't much of it. I guess if you're a Jim O'Rourke or Matts Gustafsson completist you may want this one in your vinyl collection, otherwise I'd pass this one over and wait for a fully fledged recording, which I hope will materialize one of these days.

Just to add to the fun here's the other two reviews (it seems we all reviewed it!) ....
Review (March 2012) - This is Paul's take on the record. As you can see he reviewed with a bunch of other records in the Matts Gustafsson section, always a good thing (name) to start a discussion!

Review (June 2011) - this is a review of the original album that has the rest of the material from the above release. I hadn't done my homework and only read this review after writing mine. However, I imagined that there was more material and of course there is. Read the Review March 2011 for more info.