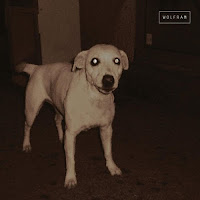 Wolfram Trio’s opening statement is also their longest. In just over six minutes, the trio unfurls the first of ten short blasts of their tense, knotted brand of free improvisation. Wolfram is the group’s debut album, and the touchpoints are easy enough: punk rock, 60s free jazz, maybe even the ambiguous, churning energy of Norwegian black metal. Much like Brötzmann in his younger years, the group seems to function at the very threshold of chaos, tersely handling each idea before restlessly pushing forward.

The resoundingly youthful appearance of saxophonist Halvor Meling, bassist Fredrik Luhr Dietrichson, and drummer Jan Martin Gismervik is worth noting. Despite their fresh faces, the three have been playing together since 2008 and sport a relatively mature sound that in many ways sums up the current state of improvised music. Their style can evoke the British greats: Evan Parker and John Edwards often come to mind. Fellow Norseman Frode Gjerstad, who produced the album, must also see some of his own frenetic energy in the group. Wolfram Trio are often noisy, pushing beyond notes and beats into pulsing clouds of sound. Meling has a rough, searching tone that can be more like a menacing vocal extension than a musical instrument. But Wolfram is not without its hushed moments, too. Tracks five and eight illustrate an understanding of the uneasy weight that can be implied through space and silence.

Wolfram is an exciting debut. Young and eager, the band has already indicated their next offering will be released later this year. Clearly they’ve spent a lot of time studying the maps laid down by generations of improvisers before them. And now,  it’s just as clear they’re headed toward the dark perimeters, and the places that have yet to be illuminated.

Wolfram is available through emusic among others, or can be streamed on Spotify.