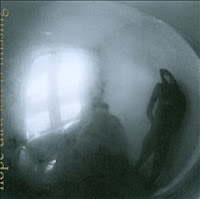 Hope is a very powerful concept. Without it, there is a huge void in the human condition. There has to be something better. It is why writers write the second novel or why musicians compose the second album. Hope is what gets us there. Hope that the next one will be better. This is, of course, if you are an optimist and hope becomes the parents of many other things like, endurance, tenacity and sacrifice. For pessimists, however, there is no hope and no reason to ever think that there will be. This breeds contempt, complacency, and depression. But what happens when hope goes missing?

Jessica Pavone (Violin) chooses to tackle the question by personifying hope as Hope Dawson in her latest Tzadik release "Hope Dawson is Missing".

Before I started listening there was a very important thing that I had to consider before I could jump off of the pessimist/optimist fence.  There is a vocalist here. Emily Manzo sings her way through the album in a falsetto, ethereal tone that really doesn't offend but doesn't challenge the ear much either. I found myself listening to her more as an instrument than a lyricist thus leaving the analysis of the poetry alone.

The first track on the album, aptly named "Hope", serves up a big melodic theme with both Tomas Fujiwara (Drums) and Andrew Roitstein (Double Bass) punching it home for good measure. A big sweeping cinematic beginning that I have found myself humming days after first hearing it. I was becoming an optimist.

"Dawn to Dark", turns up the depression factor tenfold as members of the Toomai String Quintet and Pavone slow things down to long exhausting notes until Mary Halvorson (Guitar) makes an appearance and by strumming lightly, she manages to change the tone into a lighter more folky one. While on the subject, don't expect the note and space bending Halvorson that comes through on her work as a leader. She never breaks the mood that has been clearly set out by Pavone. It is her selfless respect for her frequent collaborator and would assume, friend.

"If You Can't", swiftly brings me back to the pessimistic side. I can't get over its big adult contemporary pop song feel. I was losing hope for the rest of the album. And then it hit me. This song cycle was working, and it had me just were it wanted me. I was emotionally attached and living a parallel life with Hope Dawson. This is the lowest point but there is a light in the distance.

It all turns around on "Jump to the Thunder". Hope and optimism are both resurfacing as the main musical theme returns from the opening track. It comes in just after what seems to be a soundtrack for a Morris dance. "And at Last", is a celebration of Hope's return. Fujiwara gets to bash out the intro before Halvorson and Roitstein pluck out the melody. Slowly, the strings come in and out giving everything some breathing room. It builds again as Fujiwara pounds away at his cymbals before returning to his understated style from the beginning of the album, a mere 40 minutes or so before.

Although I had a great deal of fun listening to this recording for this review, I don't, however, hold out much hope that I will be returning to it all that often.