Paal Nilssen-Love is probably attempting to break down any former record for the highest number of albums a single man, in any conceivable line-up, has published or has taken part in. Since he’s been running his own acronymic label, things are going much more briskly for him.

He is well supported in this noble effort by a handful of musician friends. They share his same purpose and aim themselves to outdistance all the other contenders involved in this secret and not publically declared contest (e.g. Mats Gustafsson, Ingebrigt Håker Flaten, Ken Vandermark, Fred Lonberg-Holm). Who will prevail? And moreover, is this mathematically possible?

It seems they’re all trying to catch up his eminence Peter Brötzmann - the man who whispers to saxophones. However, Nilssen-Love is not yet forty…

The label has collected in less than five years, fifteen releases, where the founder incontrovertibly substantiates his whole paraphernalia of blasts and implosions through silences and screams, fractures and convergence, orthodox and innovative techniques. As a leader or as a sideman, in large ensembles or in his solo performances, always outlining a fil rouge, surprisingly heterogeneous and at the same time comfortably identifiable.

Packaging of releases as mini vinyl LP in gatefold sleeve is also significant. Should I find a weak point in the whole project, I would say cover art might be definitely improved. But maybe this can be forgiven and maybe again Wizard Brötzmann still has to teach something to this group of excellent musicians he has contribute with no exception to grow and affect.

Such an amount of releases could in some cases bring a lowering of overall quality. In my opinion this has never happened with Paal Nilssen-Love. 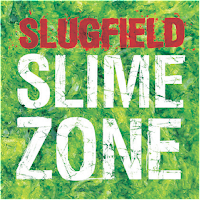 Paal Nilssen-Love is joined by his long time pal Lasse Marhaug on turntables and electronics and by Maja Ratkje, with her ghostly voices and manipulation devices, for a captivating journey in the realm of improvisation.

When you are familiar with the style of a musician, your listening ability is necessarily shaped by habit. It’s maybe easier to recognize the path and the development that the artist is building and following, and - I believe - this may be in some way as encouraging for the listener as it is for the musician himself. At the same time it become more difficult to be surprised by choices and patterns he decides to display.

In some other cases, anyway, even the absence of recognizable elements - here a real noise burst - can work as a central thread and a decoding key for an album. We could then summarize saying that sometimes a non-event is as much relevant as a known and predictable event. Or better again that, especially for a supporter as I am, the fact the these three great “ear torturers” - lovely speaking - are not choosing the easiest and usual way to catch my attention, is the real value of the album.  Reporting it to literature, in “The curious incident of the dog in the night-time”, for example, the fact drawing Holmes attention is exactly that the hound does not bark. That’s what happened to me here.

From the short opening track and following in the second piece, the electronic background provided by Marhaug and Ratkje is far more diluted and sober than what you would expect from them and from what you easily can find in their reoccurring collaborations. Nilssen-Love enters scraping on cymbals along with far and cyclic piano samples and Sci-Fi echoes surrounding and wrapping him around.

Drumming provides propulsion, sometimes appealing to more traditional rhythms and ensuring a free jazz mark to the final result, sometimes stepping back to allow Marhaug and Ratkje's - and they know each other very well for their many past releases - electronics to struggle one against the other before building layers, or better slabs, of sonic textures.

In the third episode Ratkje welcomes us with the usual but never predictable plethora of unorthodox vocal emissions, ranging from a scat singing style to every kind of noise a human being may emit as a sound source, giving to Nilssen-Love the chance to ethereally approach her course toward a crescendo of altered and abrasive screams.

In ‘Bring’em on’, the fourth and leading track, we go through a long mesmeric development collecting energy for a final eruption of sonic chaos. Reconnecting with our premises, the listener - especially the one already familiar with these musicians - lives in the wait of a burst that will never completely arrive. Nice way to wait. Because it is exactly the certainty that something furious is going to happen that make the tension palpable along the whole work. And again the fact that it is not happening, at least not in the measure you would expect, enhance the listening experience. The plot shifts from feeble micro sounds to harsh noises, crossing electro-acoustic experimentations and punk attitude elements. Drills, samples coming out from what might seem a lousy ’80 keyboard, a toy harmonica and excerpts of radio broadcastings, all find a place in a coherent system.

Best value of such a concept of impro is the freedom given to the listener. You can either choose to follow and analyze structures and paths or lose instead yourself in a comfortable noise magma.

We should maybe remind that the recording is the result of a live performance at Cafe Mono during the 2010 Oslo Jazz Festival. And maybe all these observations are just misleaded by crummy recording equipment. Well, I hope not. 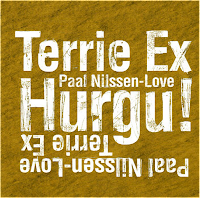 Paal Nilssen-Love teams up with guitarist Terrie Ex from the seminal Dutch punk rock band “The Ex”. Punk rock aesthetics and free-jazz approach look like working pretty well together and all the promises of thunders and rumbles you may imagine from such a collaboration are fulfilled.

In the opening act, “Harar”, Terrie Ex seems to keep his guitar on a leash, setting it free once in a while to make it run among bells and hammerings fueled by Nilssen-Love. Then he recalls his creature back. You could really feel like a living thing slipping out from his hands and at this juncture necessarily grating - intentionally or not - on every surrounding surface. Nails hanging on the walls, strings twirling around the neck, pinches and slaps.

The sluggish beginning of “St. George” sketches a landscape of far and scattered chords and clusters of notes which, waiting for the drum to come, gradually gather in a melodic unity. Feedbacks and distortion crave for other metal and wires to infect. And drums then came in the land of backbeats. Just  another brick in the wall of sound.

Distant gongs and unrelenting squeaks open the third interaction of the duo, “Bedele”. Often misspelled on the web, the track is probably named after the Ethiopian city, a country where “The Ex” and a large contingent of jazz musicians including Nilssen-Love have recently and extensively toured. An interesting result of such experience can be heard in the “Baro 101” album featuring Nilssen-Love and Mats Gustafsson on their respective instruments and Krar player Mesele Asmamaw.

Here again is easy to check up on duo’s ability to let the tension grow and evolve switching from improvised and just apparently chaotic noise moments to recognizable punk rock structures and more known shapes.

The concluding chapter “Meta” leans on soft drums made of skin and wood frictions, where trembling slashes of a reverberating guitar find holes to fill. Who is faking to be a cello? Is it the guitar or the drums? If you can produce such a noise, you must be as well able to create such a silence.

Whatever you decide, ask your ears first!


Can be purchased on Instantjazz.