Steve Lacy: The Sun and Estilhacos 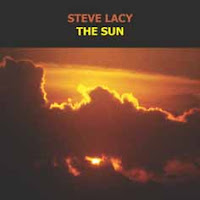 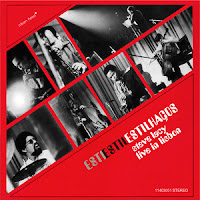 The material on these two discs was recorded between the years of 1967 and 1973, and presents an astonishing range of successful experiments in various small group settings. The Sun is a compilation of studio recordings that features quintet sets, electro-acoustic free improvisations, and Lao Tzu and Buckminster Fuller poems set to the quintet’s collective skronk and roll in solemn protest of the Vietnam war. Estilhacos is a 1972 concert performance that is an absolute masterpiece of collective improvisation, easily the equal - if not the better - of any free jazz warhorse you care to mention. I will rave like a complete lunatic about this later.

The Sun opens with Irene Aebi singing scientist Buckminster Fuller’s “The Historical Attempt by Man to Convert his Evolution from a Subjective to an Objective Process” on the title track in a style that immediately made me think of June Tyson. It’s hard to avoid, as here is “the sun,” barely controlled collective improvisation bubbling underneath, and the singer is declaring statements in a dramatic monotone voice from a poem whose main statement is summed up in the lines “intellect may write every equation of physical behavior, but no physical or abstract equation will ever encompass intellect.” It’s Ra territory – at least on the surface; and like the Arkestra, Lacy’s quintet lays out a unified blanket of sound, the threads of which never cease moving.

“The Gap” follows with Karl Berger’s vibes paving the way to an onslaught of sound with trumpeter Enrico Rava taking over the lead after just a couple of minutes. The piece changes directions quickly throughout, slowing down and becoming sparse one minute, then turning spastic and dense the next. Aldo Romano plays a quick drum solo before Berger steps in and signals another slow and sparse conversation with the rest of the band members. This track runs headlong into “The Way,” a short vehicle for Berger which not only serves as a coda for “The Gap,” but also is a perfect intro to the next track, “The Way (Take 5?)”. Not an easy trick, considering that the next track was recorded by a different group in a completely different setting. Sure, the compilation has a unified anti-war theme (or anti-Vietnam-war, to put it in its original context) – but the attention to detail and excellent track sequencing are what make this a real album. (The liner notes are killer too.)

The next four tracks feature Lacy & Aebi with Richard Teitelbaum on synthesizer. Aebi sings from Lao Tzu’s “The Way of Life” while Lacy and Teitelbaum duel underneath. Teitelbaum works around the limitations of the first Moog synthesizer ingeniously, providing support and, when necessary, counterpoint to Lacy’s lines. Teitelbaum plays long passages of synth bubbles and spaceship engine sounds, again making the Sun Ra comparison inevitable. Later, on “Improvisation, Number Due,” Lacy makes successful attempts to meet the synth on its own wavelength; making it difficult to remember that this is an electro-acoustic collaboration.

“Chinese Food” contains more from “The Way of Life” and is evidently Teitelbaum’s first ever attempt at improvising on the synthesizer or anything else. Appropriately enough, he plays passages that sound like machine guns, bombs, helicopters, etc. On this track Aebi sounds like a strange hybrid of Abbey Lincoln and Dagmar Krause, as ridiculous as that sounds… This is also the earliest track on the album & was the first piece of protest music Lacy and Aebi put together.

“The Woe” is a long piece in four parts and is the real centerpiece here. It begins with “The Wax,” which is sort of a free jazz march, echoing Albert Ayler and the early Brotzmann trio. “The Wage” begins with a tape recording of war sounds. It quickly becomes apparent that the band is at war – with the recording, standing together and fighting the barrage of military noise with improvisational unity. This is no time for solos; the musicians stay together, contributing everything they can as a means of survival – empathizing with their brothers in the jungles of Vietnam. I don’t think I’m reading too much into it when I say that their blasts are also cries for their brothers and sisters on all sides of the conflict. The universal compassion is as evident as the sense of injustice and feelings of anger and rage. It’s an ugly, beautiful monster of astonishing emotional complexity.

Estilhacos is an absolute Mount Olympus of volcanic proportions. As in “The Wage,” it begins with a recording – this time of a man’s voice. The group begins playing an angular figure. A woman’s voice rises in the right channel. Again the band becomes unified, as if being attacked by the recording. The track ends with the same angular figure that was played at the beginning. This is the preface for everything that will follow.

“Chips” starts off in the same manner, as an angular melodic figure repeats and gradually distorts until glorious calamity ensues. The only misstep is that someone (Aebi, I think) blows and sucks on a harmonica in a way that sounds like a 10-year-old making a mockery of the proceedings. Obviously, one man’s music is another man’s noise – and I feel more than a little hypocritical drawing the line at a harmonica’s presence – but everyone has his preferences, right? Thankfully it doesn’t go on for too long and eventually the clamor becomes spacious, with the collective sounds approximating a walk through the jungle(s of Vietnam?).

“No Baby” opens with another angular line that sounds like the cadence of the title. Aebi saws mercilessly away at the cello in one channel while Lacy has a soprano conniption in the other. Noel McGhee and Kent Carter keep the whole thing in continuous momentum creating wave after wave of perfection for Lacy and Aebi to ride. Then “no baby” is sounded again to signal the end of the piece.

Long single note drones from the bass and cello introduce “The Highway,” before a two-note melody line from Steve Potts enters, with Lacy shrieking a one-note Morse code signal above. Crashing cymbals enter and Potts starts playing counterpoint around Lacy, who refuses to give up that note. The tension is incredible as one car horn after another screams by. Finally it breaks with the alto rising out of the traffic. Six minutes in, the music is so intense that the crowd erupts in applause. Another minute later, they cheer again. And again! As the band rises to unfathomable heights, the soprano and alto merge and collide with such intensity that for a few seconds you’d swear you were listening to an electric guitar feeding back. The crowd erupts. You can hear the normally conservative and reserved Lacy’s voice actually beaming as he hastily introduces the band and thanks the audience. Some of the band members aren’t quite sure if they’re finished yet as they continue to crash, bang and skronk randomly behind him, as if they’re searching through the wreckage for salvageable parts. Good Lord, this is how it’s done!