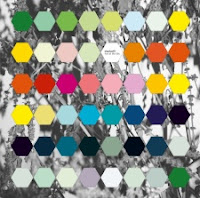 By Paul Acquaro
Dodovoodoo was a revelation to me. That playing the ring modulated Fender Rhodes and pumping out sophisticated jazz rock à la Weather Report's I Sing the Body Electric was still possible, almost made me weep. In this cynical day and age where fusion has been a dirty word for a long time, this Nordic organ trio was making some of the finest of it to date.
It's been a couple of years since a proper release by Elephant9. 2010 brought Walk the Nile, and now the vinyl only 'Live at BBC' represents not only a nice place holder in the discography but also, to my ears, a document of how the group has grown even stronger since the last release.
The trio is Ståle Storløkken on various keyboards like the venerable Rhodes and Hammond organ. Storløkken currently plays in Terje Rypdal's group, and on a rare and recent show of Rypdal's in NYC, the organist nearly stole the show. Filling out the rest of the trio is Nikolai Hængsle Eilertsen on bass and Torstein Lofthus on drums.
I feel that this concert recording shows a deepening melodicism since their last outing. The songs are somewhat more accessible to the ear, maybe a bit pared back and rocking rhythmically and overall more satiating than the studio efforts. The climax of 'I Cover the Mountaintop' is visceral, you feel that while the climb was arduous but you may just do it again some time. 'Habanera Rocket' is an enjoyable tune that features an extensive keyboard solo that propels itself along at a fantastic clip. A galvanizing moment occurs in the tune as Lofthus takes a drum solo while Storløkken comps below, slowly building in ferocity until he can hold back no more.
A bit light on liner notes, the album features a cover festooned with the colorful geometric theme that has appeared in various incarnations on their other releases. The limited vinyl pressing is worth seeking out, as it is not a regurgitation of previous releases by any means, and the sound quality is excellent - the concert was originally a broadcast from BBC Radio 3's Jazz on 3. All the instruments are captured in their acoustic and electric glory.
© stef