It's been almost a year since the last "world jazz" post on this blog, called "Jazz From The Middle East, Between Experiments & Kitsch". One of the earliest epigone of the genre was Ahmed Abdul-Malik with his "Jazz Sahara" in 1958 leading to Lebanese oud-player Rabih Abou-Khalil, possibly the best known master of the genre, yet who unfortunately keeps rehashing his own kind of musical blend with different line-ups.

Today two albums are worth mentioning, neither experimental nor kitsch, but bading in a warm atmosphere that is welcoming, with strong character and excellent musicianship. 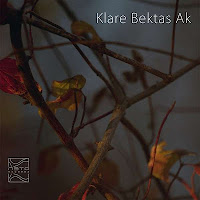 On this beautiful and unassuming album, German altoist and flautist Jan Klare meets his Turkish compatriots Ahmet Bektas on oud and Fethi Ak on percussion. The music is more Turkish or middle-eastern than jazz, with long improvisations woven around equally long unison lines, full of sad melancholy and joyful passion. The small setting makes for an intimate atmosphere.

Even if the album will not make music history, it has one intoxicating aspect and that is the sheer pleasure in making music together that transpires with every note. Even if this the band's debut album, they have been playing as trio for over ten years, and that can be heard. 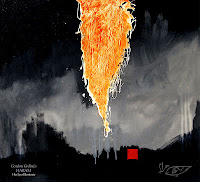 On this more ambitious project, Canadian oud-player (and otherwise guitarist), leads a band with Chris Kelly on tenor sax, JP Carter on trumpet, François Houle on clarinet, Jesse Zubot on violin and electronics, Tim Gerwing on darbuka, Liam MacDonald on riq, Tommy Babin on electric bass, Kenton Loewen on drums, and Emad Armoush on vocals and ney. In short, some of Canada's more adventurous musicians.

From the very first notes, you can hear the great Arabic sound of main theme and counterpoint, rhythmic changes, orchestral unison and improvisation. Grdina, for whom this is one of many jazz and fusion projects, call this band his avant-garde Arabic Ensemble.

The music digs deep into Arabic cultural heritage, from the traditional Iraqi oud music of Munir Bashir to the vocal and orchestral Egypt of Oum Kalthoum.

Grdina leads his tentet through the real stuff, including the warm vocals of Emad Armoush, full of respect and admiration, yet he adds the temporary touch in the improvisations, which at times go far beyond what you get in fusion.

A heart-warming and powerful album.