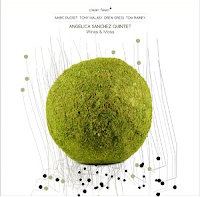 Angelica Sanchez is one of the main reasons that Rob Mazurek Pulsar Quartet's Stellar Pulsations is one of my favorite records of 2012.  Her sublime chord progressions and rhythmic jabs lie at the heart of what makes that great band work.  Basically, she's Mazurek's Herbie Hancock, freely pushing and pulling the other members of the group with intuitive grace.

On this, her fourth album as a leader, her approach isn't one of balance, but one of counterpoint – usually with guitarist Marc Ducret as her brilliant adversary.  Ducret plays angular, choppy figures against Sanchez's fluid, lyrical lines – and then they switch roles.  The duels manage to get very tangled, as the two musicians playing the chording instruments in the group.  The richness they create as they weave around each other is enchanting and spellbinding.

The themes don't jump out and announce themselves, but sneak up on you later – after you've stopped listening to the music - encouraging (and rewarding) many repeat listening sessions. Standout track and centerpiece, “Soaring Piasa,” builds into something approximating David S. Ware's classic quartet, which speaks volumes about the chemistry between the players.  (This might be a good place to mention that Tony Malaby is the saxophonist.)  Everything about this album just feels right. 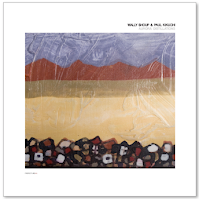 In September 2010, Wally Shoup and Paul Kikuchi recorded a set of sax and percussion improvisations inside an abandoned train tunnel in Washington State.  The tunnel is 2.6 miles long, providing enough natural reverb to give the proceedings a dream-like aura.

Shoup is a spatial improviser, generally leaving plenty of silence on his canvas, which makes the location a natural setting for him.  This is my first exposure to Paul Kikuchi, who augments his drum kit with bells, ringers, and assorted clangers – and even a set of walkie-talkies.  His rapport with Shoup is one of such familiarity that based on this recording, one would assume they are brothers.  An interesting recording experiment and a good improv set.  Vinyl is limited to 250 copies, so hurry! 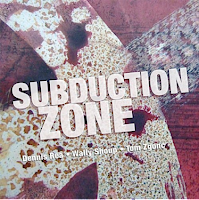 A trio recording by Rea (guitar), Shoup (alto sax), and Zgonc (drums) & the first release by the Nunatak label, Subduction Zone is where free jazz and avant rock intersect.  Rea's approach to the electric guitar is definitely rooted in the rock arena with the use of effects such as delay and assorted pedals.  Shoup is an expansive player from the world of free jazz; and Zgonc is a sympathetic and supportive ally in this unusual improvisational mash-up.

To me, this disc sounds a bit disjointed until the third track, “Third Lung,” which soars so unexpectedly it takes a few seconds to recover from it.  The pieces fall together easily from this point forward, making me wonder if the tracks were sequenced in exactly the same order as they were recorded.  The highlight is the last track, “Memories of Mitchell,” that is so lumbering and spacious in its build-up you almost hope it never peaks.  To the group's great credit, it isn't a letdown when it does manage to finally reach the climax. 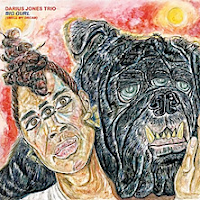 This second release from the Darius Jones Trio is from 2011, but since it has yet to be reviewed on this site, please indulge us while we take a look back at one of the most anticipated and enjoyable discs of last year.

The rhythm section on this round consists of Adam Lane (bass) and Jason Nazary (drums).  Jones has a big sound with no fear of vibrato - and no shortage of soulfulness – and, given his penchant for musical freedom, it's no surprise that Albert Ayler's name turns up when discussing Jones' sound.  I hear quite a bit of Anthony Braxton here as well though, especially on tracks like “A Train” and “I Wish I Had A Choice,” which sound like Braxton's group's mid-70s classic recordings for Arista.  Yes, the whole band.  Even the way Jones has reconstructed Billy Strayhorn's “Take the A Train” reminds me of vintage Braxton.

But don't think Jones is simply on a nostalgia trip.  This trio is alive!  Lane is an incredibly melodic bassist, a major asset to any piano-less trio.  Nazary plays with amazing precision; and the clamp he and Lane can put down whenever the mood strikes is stunning.  Jones also plays with very careful precision as well.  His is an interesting mixture of techniques from all across the reaches of jazz history.  “Ol' Metal-Faced Bastard” is a free jazz homage to hip-hop that sounds wobbly as hell, but is actually as straight as a pin.  Nazary's absolutely brilliant playing is the star here, giving the impression that the band is playing in a roomful of funhouse mirrors.