The Many Sound Battles of Colin Stetson or Sax, Health and Rock’n’Roll 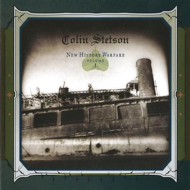 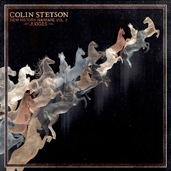 The first Colin Stetson album I came across was New History of Warfare Vol. 2: Judges because my friend Bernd recommended it to me. Listening to it for the first time something rare happened: It sounded like nothing else I've heard before even if it consisted of familiar elements, though. It’s hard to explain but this music felt so natural and accessible that I immediately fell in love with it and purchased Vol. 1 as well.

On this album everything which is so masterfully refined later on Vol. 2: Judges and Vol. 3: To See More Light is already on display: the references to minimal and serial music that sound like a weird Steve Reich composition, the growling, the clicks, the speech samples, the excursions in breath (especially circular breathing), the percussive sounds, the effects like reverb or fuzz tones that make the saxophones and clarinet sound like a distracted alphorn (as in As a Bird or a Branch) or a pinball-machine (e.g. Nobu Take). Compared to the sophomore albums, however, it makes no secret of the fact that it is standing on the shoulders of giants – namely solo sax performances from Steve Lacy to Anthony Braxton or Evan Parker.

New History of Warfare Vol. 1 is structured by three long pieces - And I Fought to Escape at the beginning of the album, followed by Time Is Advancing with Fitful Irregularity in the center and Our Heartbreak Perfect as the closing track – all of them typical Stetson solo pieces which sound as if there was more than one sax player although he uses no overdubs or loops. How does he do this? The percussive elements are due to the close-mic'd and manipulated recording of the instruments' keys and he is vocalizing through the horn as he blows. He establishes basic rhythmic patterns and builds up several musical themes or recognizable phrases and riffs above them, intensifying the tempo or slowing it down, which has a monotonous psychedelic effect.  The album’s shorter pieces use heavy funk/dub (Tiger Tiger Crane), rock splinters (Drown the Rats and Giants) or even crossover riffs (Stand, Walk) – a complete world of its own has been created here and Stetson planned to enlarge it.

Four years later the result was New History Warfare Vol. 2: Judges and it is nothing else than a true masterpiece. Again Stetson does without overdubs, the record is one piece, even if it seems hardly possible that one musician is capable of doing this (proof is given in the sample below). On this album there is an even richer maelstrom of notes Stetson pours out repeating his scales, he also extends the use of massive bass drones and the percussive sounds plus he has added other voices to his own amalgamating everything to a perfect entity. The result is that the albums actually contains “hits” – for example “A Dream of Water” (with Laurie Anderson on vocals) and a cover version of Blind Willie Johnson's "Lord I Just Can't Keep From Crying Sometimes", an abstract, alienated folk blues featuring Shara Worden from My Brightest Diamond, whose ethereal vocals sound like someone trying to deliver a dreadful, heart-breaking message from a twilight zone with Stetson adding incredibly dark sound layers to that.  It’s a vivisection of a lost and tortured soul but what makes this music so great in the end is the fact that it is so easy to enjoy on a purely musical and emotional level without bothering the listener about the underlying ideas or concepts of how it is made. 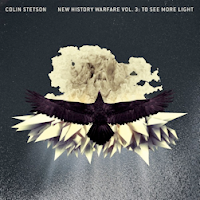 I will start upside down. When I listen to ¨Part of me apart from you¨, the last track on Stetson’s third (and it seems by now final) solo sax installment, I can’t help having goose bumps (even tough guys need to be hugged sometimes), I can’t help feeling that I am being to be called to a glorious fate, probably riding on a black horse - definitely no saddle - towards the sunset, gunpowder smell still in my nostrils, the heart full of love and joy thinking of my wife and my son running to me when I will pass the fence of our farm with a life full of promises (avant-garde is stimulating and culturally chic but hey ... some good old tear-jerking melodies have never killed anyone, as far as I know). I would probably have the same kind of epic feelings playing in this empty resonating theater.

This is maybe the most impressive aspect of Stetson’s music, as Martin formerly stated. Its uncontested immediacy, the automatic suppression of the awareness that the involving melody you’re listening to is the result of a plodding, obsessive construction and augmentation of the acoustic possibilities given by one of the most uncomfortable instruments you can decide to play. You just don’t care if it is an entire orchestra playing or just a guy blowing his lungs in some metallic pipes. It is kind of uncommon to wiggle out so easily from an approach that is also based so clearly on technical virtuosity.

Colin Stetson enhances beyond the boundaries the already physical relationship the player has with a bass saxophone, adding to circular breathing his constant clicking on buttons, hisses, wheezes and many other guttural eruptions pouring out of his throat, captured by a contact microphone housed in a tight collar he wears when playing (I hope only when he plays). His devotion, his physical annihilation in the performance (it seems Stetson adopts a rigid diet and undergoes to hard physical training before and while touring to withstand the hustle, and the reasons can be easily understood) get him closer more to a cyborg-like enlarged new sound source than to a musician working with extended techniques on his instrument. This may be not connected to the quality of the musical result, but it is in my opinion the most remarkable experiment of technological hybridisation for these instrument techniques, as well as an interesting enhancement in the relationship between human body and sound technology in general.

In To see more light the opening act “And in truth” starts exactly where the atmospheres of Judges have left us: in the middle of some Michael-Nyman-Draughtman’s-Contract-echoes boosted by the gospel choir of Justin Vernon from Bon Iver that Stetson has enlisted for several episodes of this new adventure. Stetson seems to have found a perfect compositional alchemy in the technique of singing along with himself through his horn’s mouthpiece over the obsessive bass beat of pieces as “Hunted” and “High Above A Grey Green Sea” and then again, more gorgeously, in “Among the Sef” sustained by a relentless serial phrasing. Be reassured, this time vocals are overdubbed for the morale of the poor human being with just two lungs. But also a shorter episode as “In Mirrors”, where he just plays with shuffled and trembling breath drones, leaves its mark. The cutting and distorted “Brute” offers instead the most aggressive metal side of Stetson also hosting the rude hardcore singing of Vernon, far away from the clean Laurie Anderson’s presence in Judges. The voice is clearly gaining a nodal role in the compositional vision of the musician.

“To See More Light” is the cornerstone of the album, the album’s most ambitious track, in the form of a layered suite of fifteen minutes that sees one long excursion through a singsong melody, constantly moving across speed changes for about eight minutes up to a mournful, percussive rattle pierced occasionally by growing sighs that reconnect in a cathartic closing chant. As the music changes, it changes only in texture, colour and intensity, so that the feeling is not of something being created or developed, but of something already present being slowly illuminated.

I think it’s worth mentioning the album mixing by Ben Frost, grey eminence of so many recent masterpieces, when not directly involved in his own groundbreaking electronic (and not just) production.

Stetson’s New History Warfares trilogy accomplishes the goal to be at the same time rock and coherent with the experimental music, the lower rating I assign to this album - if compared to the two previous chapters - doesn’t mean this work achieved a lesser result. But just that probably the next time, to amaze us this much, Stetson will be forced to change and go even further than this. And I’m sure he can.

One of my all-time favorite concert experiences
was seeing Colin Stetson solo. I remember looking around the room at one point and the entire audience just looked astonished.

At the time, I had heard of him but only barely. He mentioned between tunes that he collaborated with Laurie Anderson and I was completely hooked. I went through a serious Laurie Anderson obsession in college.

Judges is well-deserving of its 5 stars. I wish I had known about it during the 2011 Happy Ears voting, because it surely meets the criterion.

I'm glad to see him getting so much attention.

I totally agree with everything you say, Richard. Somehow the previous albums slipped under the radar which is why we thought we should review them although they are not new. Plus it was interesting to present a work in progress.
Unfortunately, I haven't seen Stetson live so far but I guess it must be a stellar experience.