Of Wind and String 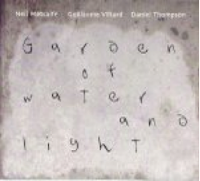 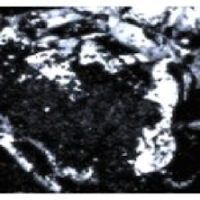 These are concerts given by two acoustic trios consisting of wind and string instruments, with guitar, recorded at St. Leonard’s Church in East London in the autumn and spring of 2011. The common denominator is guitarist Daniel Thompson, who plays a large-bodied guitar, without amplification. Astonishingly, these concerts were the first time either trio had played together, a tribute to their improvisatory skills.

The music of the trio of flute, bass and guitar – as well as the title – is inspired by traditional Japanese music, a sound-world recognisable from the works of Toru Takemitsu, such as “Towards the Sea”. The titular, “Garden of Water and Light” is divided into two parts: “Water” and “Light”. In the first, after limpid phrases on the flute, over scumbled notes on guitar and bass, the musical lines lengthen, brief phrases are exchanged and the music takes on a clearer definition, like one of those micro-origami sculptures that unfold in water. This is music full of delicate textures that spring from the acoustic properties of the instruments: flute over bowed harmonics on the bass, with scraped guitar strings; an endless melody on the flute, against a counterpoint of irregularly placed guitar chords. The first part closes with an energetic dialogue between flamenco-like guitar and bass, with sharp interjections from the flute.

In contrast, “Light” begins in a more sombre mood: with a low resonant hum on the bowed bass, notes picked out by Thompson in bare profile, and a cold, disconnected flute.  It is an aesthetic evoked by Jun'ichirō Tanizaki in his classic essay: “In Praise of Shadows”: “…in the still dimmer light of the candlestand, as I gazed at the trays and bowls standing in the shadows cast by that flickering point of flame, I discovered in the gloss of the laquerware a depth and richness like that of a still, dark pond, a beauty I had not before seen.”

The contemplative mood continues in “Vimeth”, with sounds that seem to capture silences. The music eventually centres on a narrow range of intervals and repeated chords on the guitar, and is slowly reduced to a drawn out, rolled figure from Viltard, as if in slow-motion. The piece is ushered to a close by the spare phrases of Metcalfe’s flute.

On “Compost”, the trio of clarinet, viola and guitar produce a more hard-edged music, which requires sustained attention for its nuances to become apparent. In “Red, Pink and White Grapefruit”, the ear must adjust to the scale in which events unfold: a patchwork of long notes and bubbling trills on the clarinet, resonant scrapes on the viola, small glissandi, a rapid accelerando highlighted by a rise in volume. It is music of atomised phrases, where the shifts range from the rapid to the subtle. Gradually, the gestures are extended, as Alex Ward reveals his immense technical abilities (he took part in Derek Bailey’s Company Week of 1988, at the age of 14). He bristles with new ideas, to which Thompson and Taylor respond with enthusiasm. At times, in the higher registers, it sounds like Ward is singing.

Again, the natural properties of the instruments – their particular timbre, resonance, attack and decay – have much to do with the raw material of the music, and how it’s developed. Clarinet and viola occupy a similar range of pitches in the middle register, which Ward and Taylor exploit in some close interplay, and notes that bleed into each other. Taylor weaves around the other instruments, with portamento slides and glassy harmonics. Thompson’s guitar is spikier, more finely etched in this performance, but he remains alert to every subtle change in dynamics or tempo, often employing percussive techniques on the strings and body of the guitar. There is a lovely passage in which his quite notes and slow trills are complimented by a soft halo from clarinet and viola.

“The Shade Without the Tree”, the closing performance, continues in a similar vein, with the apparently simple opening material found, on closer inspection, to be teeming with potential, as the music bursts in new directions, changes mood and continues to surprise and delight.

London’s churches are known for their sympathetic acoustics – heard to advantage in both these performances – but the downside of recording at such venues in a metropolitan area can be heard on “Compost”: the sound of one of the emergency services passing by! And on a personal note: I would have preferred the applause at the end of each piece on “Compost” to have been edited out – it always seems to break the spell – but I recognise that opinion on this subject is divided.

“Garden of Water and Light” can be purchased direct from the FMR website; “Compost”, the first release on the CRAM label (founded in 2011 by Benedict Taylor) is available on CD, and as a digital download from Bandcamp.