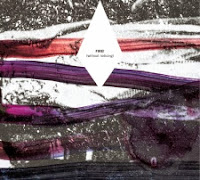 I have seen Mats Gustafsson in various formations quite often this year - with Barry Guy and Raymond Strid as Tarfala Trio, with Thurston Moore (in a really reluctant, sound exploratory performance), or with Birds (his almost tender trio with John Russell and Raymond Strid) - and I liked all of them a lot. He simply is a very versatile and virtuoso sax player, a musician of exuberant creativity, who is always interested in expanding his capacities. But when I recently saw him with Fire! at this year’s Jazz Méteo Festival in Mulhouse/France I realized that I prefer when his playing is really muscular. In other words: when he lets the beast out.

The concert was very much like their new album, starting with Gustafsson on electronics, who prepared the audience for what was going to come. The first track “Standing on a Rabbit (without noticing)” is very much alike and has exactly this function, before the band starts the real thing with “Would I whip (without noticing)”: Jonas Berthling (electric bass) throws in a heavily distorted sixties-psychedelic-blues rock riff, Andreas Werliin (drums) gets lost in free beats and Gustafsson, who can use two saxes simultaneously thanks to overdubs here, spits the hell out of his body (live you could see his spit spraying in the stage lights). A similar track is “At least on your door (without noticing)”, in which Gustafsson and Werliin go berserk after a short introverted intro. These tracks also show three main Fire! elements: the rhythm section is deeply rooted in kraut and blues rock (especially Can and Cream), the execution is highly expressive, and Jonas Berthling is the man that puts the whole thing together.

So far this wasn’t spectacular, it is what Fire! have already presented on their previous albums. But here they also display a meditative side which goes exceptionally well with the underlying psychedelia. A track like “Tonight much more (without noticing)” starts with Gustafsson and Berthling playing a very slow and heavy blues riff in unison, underlined by Gustafsson’s organ and Fender Rhodes – producing an undercurrent that pulls the listener irresistibly in. Another new aspect is the integration of a “ballad” - “Your silhouette on each (without noticing)” -  which is obviously not a regular one but rather something that reminds of very early Black Sabbath (in this case without Ozzy, of course). The album ends with Gustafsson on electronics again which gives it a circular pattern.

The strange titles are a reference to Bill Callahan’s letters to Emma Bowlcut, which were recently published by the Drag City label. It shows how broadminded the trio’s idea of eclecticism is – it’s a thrilling bastard of free jazz, ambient, rock, electronics and even funk (unfortunately not on the album, but watch the clip below). I am really curious where their journey will take them next. Gustafsson called Fire!’s music “Swedish jazz classics from the future”. Maybe he was kidding but I think the future might prove him right.

“(Without Noticing)” is available on CD (incl. a download), vinyl and a limited white vinyl edition.