The amount of CDs and LPs we get is far too many to ever be able to listen to, let alone review them. Hence the reason to cluster music once in a while in overview reviews, somewhat artificially united by a theme, and this time it's the line-up, and the line-up is piano, bass, drums, one of the more "traditional" band formats, but let that not deceive you : creativity within given restrictions is possible, as the albums below testify. 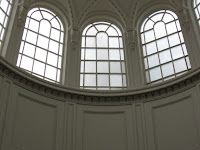 Now here's a trio that makes incredibly adventurous use of their instruments. You don't know what you hear, but it's fascinating. In essence, the three musicians, Charity Chan on piano, Damon Smith on bass and Weasel Walter on drums, make sound collisions, shooting of notes like mesons and protons shot through the Large Hadron Collider.

It is fascinating and the outcome totally unpredictable, probably even less predictable than quantum physics, including the non-zero energy state and the opening of opportunities for more dynamic and chaotic possibilities - freely stealing from wikipedia here - yet the music comes close to it, and in a sense becomes almost real, more realistic than the human sentiments that you can expect from the Bill Evans line-up. This is a raw, unfiltered vision on sonic possibilities, where indeed dynamics take over, creating realms of unpredictable possibilities. It is the total lack of compromise which makes this a great album. 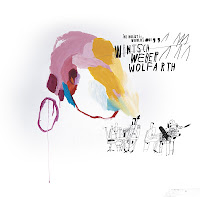 We know Swiss pianist Michael Wintsch from his "Different Song" with 4Tet, but more especially for his work with "WHO Trio", with Gery Hemingway and Bänz Oester, now we find him back with the "WWW trio", with Christian Weber ("Six Feet Under" with Nate Wooley and Paul Lytton) on bass and Christian Wolfarth ("Circle and Line") on drums.

The trio brings their own take on the format, pushing boundaries without alienating the listener, and demonstrating creativity, subtle skills and open-minded thinking throughout the LP. The tracks are short to medium length, each with well-defined character and approach. The band is intense, alternating intimacy with abundance, yet every improvisation sounds so incredibly fresh and new, as if the concept of music itself was invented on the spot. The trio play with their heart and love for music and spontaneity, avoiding with dexterity all the pitfalls of having no boundaries, and focusing on the essence : great music, fantastic interplay, and at least one listener (me!) who enjoyed this albums many times over.

As the title suggests, they do create holistic worlds.


Three years ago, I was exceptionally touched by the debut album of "Dawn Of Midi", because of the intensity and the rhythmic hypnotism of the trio, consisting of Qasim Naqvi from Pakistan on percussion, Aakaash Israni from India on bass, and Amino Belyamani from Morocco on piano.

In essence, this album even reduces their approach to rhythmic hypnotism even more than on their debut album. The downside is that the piano is also reduced to a percussion instrument, with muted keys keeping the pace going forward, with only a limited number of notes being played. Hard repetitiveness kept on relentlessly, relentlessly.

Somehow their approach has become a kind of Philip Glass in jazz format, with minor changes gradually adding increasing complexity and rhythmic madness to the core material.

Although I prefer their debut album, the musical experience they present here is utterly compelling and strange. 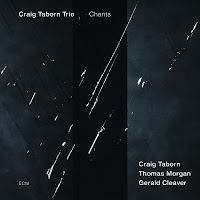 After many years of mutual collaboration, the trio of Craig Taborn on piano, Thomas Morgan on bass and Gerald Cleaver on drums has become a trio, releasing this formidable album on ECM. Taborn and Cleaver played their debut together in 1997, as part of Roscoe Mitchell's Note Factory, and have performed together on each other's albums, of which a good part is reviewed on this blog. Taborn and Morgan are also part of Michael Formanek's quartet and of Tomasz Stanko's New York quartet.

Taborn's music is quite exceptional, in the sense that his compositions are quite challenging pieces full of rhythmic complexities and implicit anchor points to make the tempo changes, but as you can expect from such a rhythm section, they take all curves and bends with elegance and style. The compositions are dense and intense, with long improvisations and subtle interplay who keep a kind of paradoxical lightness and openness to the music.

The music is inventive and creative too. The opener "Saints" sets the tone well, with gradually increasing intensity, mesmerising left hand, with Cleaver going wild on the cymbals, and the way Morgan underpins it all is stellar."Beat The Ground" has a more pumping rhythm, offering the great context for a piano solo full of nervosity and speed. Yet also on the slower tracks, such as "In Chant", and "All True Night/Future Perfect", subtlety reigns, offering Morgan more space to solo, or as on "Crackling Hearts", where Cleaver can demonstrate how percussive subtlety can add to emotional anticipation in a piece that's really built around silence.

My favorite track is "Silver Ghosts", again an intense but carefully paced composition, with eery phrases full of wonder and suprise. Again, a great example of how restraint and control can actually build tension and even power. The last track "Speak The Name" is again a little gem of rhythmic madness, with both hands playing in different worlds yet in a strange conflicting and coherent way.

A truly beautiful and strong album.

French pianist Sophia Domancich with Jean-Jacques Avenel on bass and Simon Goubert on drums. The trio has played together in various line-ups for many years, and that's obvious when you hear the music, which is crisp, fresh and open.

The music was recorded live in 2008, the day Johnny Griffin passed away, and the playing is again excellent, full of nervous tension as we hear on "DAG", her previous album with the same trio, from which all the compositions on this album come from : "As Usual", "Pour Vous", "Soliloques", "Surface De Réparation" and "Pourquoi Pas?".  The big difference is the increased intensity and the great space to keep improvising and developing the music. What was six to seven minutes long on the studio album, now become epic pieces of twenty minutes, adding energy and expansiveness to the compositions. In this live setting, it works really well, demonstrating the sheer joy of making music. 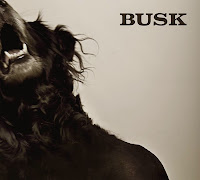 Busk is a Danish trio with Anders Filipsen on piano, Thomas Rehling on bass and Lasse Ehn on drums.

The trio's approach is gentle and minimal, with lots of built-in silence and well-crafted pace. The pieces are short and pleasing, quite open-ended at times. As Rehling describes it : ”First and foremost it’s a soundscape that is characterized by nature – a serious, but also liberating music, that we’ve worked on quite a while before recording. It’s filled with sounds that connect to forces of nature such as storm, wind, rain and sun, in a form that leaves much space for improvisation.”

And he's right and totally wrong too. The music sounds organic, light-textured and free, but there is no storm to be heard, and the wind is just a breeze. But that should not reduce the joy of listening to this album.

This Argentinian trio, led by Nicolás Chientaroli and with Carlos Alvarez on bass and Sebastián Groshaus on drums is jazzy and adventurous, occasionally quoting from Ellington, Coleman and Monk, and besides own compositions/improvisations, the album includes a cover of Dizzy Gillespie's Be-Bop. The music is quite intense and playful at the same time, and two quieter solo piano pieces give some breathing space to the listener, without actually releasing the intensity. 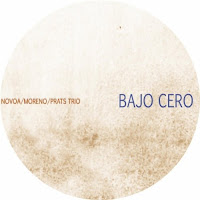 This is the third album by Spanish pianist Eva Novoa, accompanied by Javier Moreno on bass and Ramon Prats ("Duot") on drums.

Novoa is an accomplished pianist, who studied jazz piano and composition in Barcelona and The Hague. She is active in both classical music and jazz. The album consists of twelve pieces, mostly short ones, in which an idea is presented and briefly expanded, with the execption of the very long "Medium Over The Water". The playing is good, with varying moods and levels of intensity, all very fluent, liquid even if you can say that of music, it is light without being sentimental. It's only her third album as a leader, and even if technically the music is strong, Novoa will still need to work on a more recognisable "voice", something truly of her own, that will make her stand out. 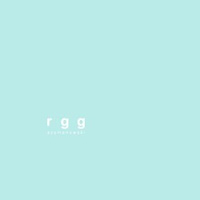 Now for the even more impressionistic playing, for the real fans of traditional piano trios, this excellent piano trio from Poland, with Lukasz Ojdana on piano, who actually replaces founding member Przemyslaw Raminiak, Maciej Garbowski on bass and Krzysztof Gradziuk on drums, but they retained their original acronym for the band's name. On this album, they pay tribute to Karl Szymanowski, the great Polish classical pianist and composer, active at the beginning of last century. RGG turns his compositions into jazz. As I'm not familiar with Szymanowski's work, it's hard to judge how the trio uses the original material. In any case, the playing is excellent, although more mainstream than adventurous. 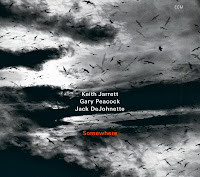 Allright, I didn't think I would ever review an album by my old-time hero Keith Jarrett on this blog, and I won't. It's not bad, this album, technically brilliant, but then what? More of the same? But don't worry Keith, you remain very high on my deserted island pick list, yet not with this album.

For scores of Cecil Taylor imitators, reviewed on this blog, there is still one and only Keith Jarrett, warts, grunts and all.