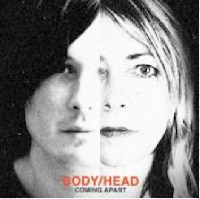 When Sonic Youth broke up due to Kim Gordon’s and Thurston Moore’s separation many long-time fans were shocked fearing that the band would split for good and – worst case scenario – the band members would be in a state of shock which would affect solo releases as well. As it turns out just the opposite has happened. State of affairs is that Sonic Youth has just been put on ice and that the band members pursue other projects: Moore has launched duos with Mats Gustafsson, an album with his band Chelsea Light Moving, collaborations with Bill Nace and Joe McPhee and soon there will be an album with John Zorn (among other projects), Lee Ranaldo released a very beautiful solo album, Steve Shelley has joined Disappears and Kim Gordon has been focusing on Body/Head, her noise guitar duo with Bill Nace.

Gordon and Nace started Body/Head as a pure instrumental project, but in the meantime she has also started to sing (which is very close to spoken word here). Although the music is still largely improvised, they have begun to write actual songs as well and the result is that Coming Apart is the album which - of all the projects listed above - is the one that stands closest in the Sonic Youth tradition, at least in the one of their more adventurous recordings.

The last two (and by far the longest) tracks of Coming Apart show where the project started and in which direction it has evolved. The beginning of “Black” is a massive guitar-feedback-drone that reminds of the enormous, self-indulgent outro of Sonic Youth’s “The Diamond Sea” and their live orgies of the Daydream Nation days when then they crashed their instruments into each other. Then Gordon’s blurry, indistinct vocals drop in, finally quoting Nina Simone’s “Black is the color of my true love’s hair”. “Frontal”, the final piece, presents her drowsy and warped lyrics in front of echoing, repetitive guitar samples, an alternative art rock riff and shredded fragments. It is a broken atmosphere which is created here, Kim Gordon sounds like a lost soul reciting violent fantasies.

The first part of the album is more song-orientated. Gordon and Nace meander through bumpy rock songs like “Can’t help you”, minimal one-chord compositions like “Aint” that sound like The Doors’ “The End”, intimate vocals/electro miniatures like “Murderess” or classic monotonous Kim-Gordon-Sonic-Youth album tracks like “Abstract”.

It’s not an easily accessible album, in spite of the Sonic Youth similarities. Voice and lyrics are agonizing sometimes, but it is a healing agony, though. I adore Kim Gordon, and I guess I always will.

Coming Apart is available as a double LP and single CD.

Maybe I'm biased in the opposite direction as many of you, but seeing Kim Gordon's name is usually an indication for me to steer clear. Perhaps I should give her improvised work a shot, but hearing that her songwriting and vocals have resurfaced here is disappointing--both were always the weakest point of Sonic Youth.

I think Thurston Moore's "metier" was Sonic Youth; that was his element and he was great in it. I've hardly ever dug his solo or external projects with other artists. TM seems to have a predilection for the free jazz scene, but his work there I've often found boring and/or annoying. Something of a dabbler and pretender in that regard. In contrast, Nace's free jazz and noise work has always been pretty interesting. I'm undecided about Kim, but am interested in hearing her forthcoming work. She seems to have some interesting ideas.

Sorry, Dan is right about Moore's new band. My mistake.
But I definitely do not think that Gordon's songwriting are Sonic Youth's weakest point, "Tunic" and "Kool Thing" are great songs.