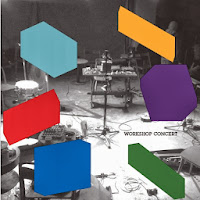 Members of Eddie Prévost’s improvisation workshop recorded this concert last year at Café OTO. Long opening piece “Moving Duets” is an interesting idea, a musical tag-team with impressively seamless transitions between the various pairings. Unfortunately, the piece as a whole is uneven, as some duets are naturally more fruitful than others. The remaining pieces showcase a variety of trios, with stronger results. The trios of Allum, Prévost, and cellist Ute Kanngiesser and Allum, Kanngiesser and Dimitra Lazaridou-Chatzigoga are the highlights here, reminiscent of the fragile, fibrous sound of Allum and Prévost’s 2011 album Penumbræ. Prévost’s sparring with Daichi Yoshikawa and Grundik Kasyansky’s electronics is perhaps the most abstract in a field of extremely abstract music; oddly, its most effective moments are when someone catches a weak radio signal, suddenly juxtaposing everyone against the crackly break beats of a local dance station. There’s interesting music here for sure, but it’s in good company with some of the more inscrutable Matchless releases. 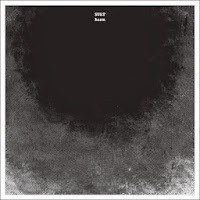 The first thing that comes to mind when listening to Harm is a sinking ship, spiraling down in the blackness of the deep, groaning and creaking as the unfathomable pressure builds and builds. The quartet of two basses, guitar, and percussion have crafted a music of extremes: a sound that’s both stretched taut and painfully compressed like our ship at the bottom of the sea. “Skade” and “Fange” feel remarkably open and spacious; “Lunge” and “Wince” incredibly claustrophobic. But extreme doesn’t mean violent. Sult is restrained and finely-controlled. There’s a sense in which the band, despite the open nature of their droning, noisy sound, is just as keyed-in as the “tightest” rhythmic ensemble. The only downside? At just a hair over 30 minutes, Harm is way too short! 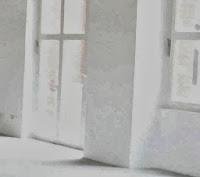 This collaboration between Wandelweiser composers Antoine Beuger and Michael Pisaro leans much more towards the Pisaro end of the equation. Its disparate thematic sections, blurry mixture of performed music and field recordings, sine waves, and the obscure arrangement of its parts are all touchstones for those familiar with Pisaro’s previous work.  I have less exposure to Beuger, but suspect his contribution would be hard to tease out either way, such is the ephemeral, delicate nature of his compositions. Like most Wandelweiser music, the “journey is the destination,” and at the close of This Place/Is Love’s 75 minutes, there’s a distinct feeling of having gone on a long and difficult quest, the details of which keep slipping quietly from memory. 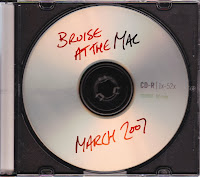 Live at the MAC is the latest offering from Tony Bevan’s Foghorn label, a pay-what-you-want download (though “nothing” is not an option). Bruise is a well-established quintet on the British improv scene, a group that, to use a bad pun, always manages to leave a mark. The long live performance kicks off with a wash of Ashley Wales’s heady electronics and Orphy Robinson’s percussion, over which Bevan gently rafts his lyrical tenor. It all hearkens to the pioneering days of spiritual jazz; there’s a cleansing, cathartic quality that’s irresistible. Things eventually move from smoldering incense to roaring fire music, touching on all manner of improvisational practice in between. Bruise is what full, comfortable integration sounds like. They point to many different eras and approaches, without necessarily sounding indebted to any.  A generous performance, generously offered. Well worth the modest asking price(s). 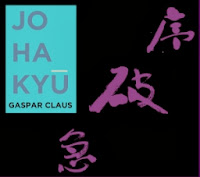 “Jo Ha Kyū” is one of those elegant Japanese aesthetic concepts that my explanation will never do justice. What’s important is that it remains one of many temporal strands that run through Japanese culture, as much a part of modern art as of traditional society. Jo Ha Kyū is the result of Parisian cellist Gaspar Claus’s three-week stay in Japan, during which he worked with a number of notable improvisers (including Sachiko M, Keiji Haino, and Otomo Yoshihide) and traditional musicians. The resulting piece is uncommonly evocative, one of the most excitingly eerie pieces of music I’ve encountered in a long time. There’s a ghostly aura underlying the minimalist first half that almost can’t be put into words. The second half of the piece is harder to work through, extremely dissonant and punctuated with Haino’s idiosyncratic vocals. It culminates in a massive crescendo that’s suddenly sucked into the void, leaving only the disconcerting click of the needle as the finished record idly spins.  The running time of the Modest Launch version is more than doubled with the inclusion of three improvised duets (those who opt for the CD version produced by Important Records also get two different improvisations).