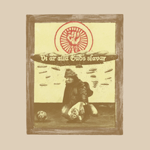 By Janus and Karl

We love Austria. We don’t know if there is a country of that size which is so deeply into free jazz hosting so many great festivals (Wels, Nickelsdorf, Ulrichsberg, Saalfelden, just to name a few). And we also love Arthur Schnitzler, Thomas Bernhard, Ingeborg Bachmann and Werner Schwab as well as Topfenstrudel and Palatschinken, the lakes in the Alps, the accent etc. So we were in the best mood when we were driving our jazz mobile (a light violet 1974 Ford Capri with which we wanted to paint Vienna red) through Bischofshofen in Austria’s Pinzgau-Pongau region. We wore our usual Afro hairstyle wigs, Mats Gustafsson’s and Thurston Moore’s latest album “Vi Är Alla Guds Slavar” pumping out from our heavily modded stereo at crazy volume, when were spotted by a team of rock aficionados in Nirvana and Motörhead T-shirts. Since both of us like these bands we gave them our nicest smiles when we had to stop at a crossroads but they started yelling at us. “What kind of crap are you listening to? Is this slam dancing music or what?”  We remembered that our friend Colin once told us a story about a journalist listening to Chopin who was attacked by a bunch of yoofs and so we said something rather harmless like: “We are all slaves under God.” A collective grin broke out between us as they exclaimed, “We were just kiddin’, so are we!” They then tossed two bottles of a locally brewed beer in our direction. We caught them in flight and opened the swingtop bottles with a “plop”. “This is some crazy shit you’re listening to”, they said. “But it sounds cool”. “Yes, no wonder you are interested in it, it’s Sonic Youth’s Thurston Moore on guitar,” Janus told the guy in the Nirvana shirt. “Let’s drive to our farmhouse and then we can put the thing in a real stereo and have some more beers? You guys look funny, let’s have a great time.” And that’s what we did. At least until the coming of our latest bipolar disease attack that, clearly, in our case has a quadrupled effect…(you really should have not said Ludwig Wittgenstein is a wimpy windbag my dear Karl… you know our minor league German speaking friends tend to be touchy about the subject…oops - this note was not meant for publication!)

It’s no wonder these marvelous guys were so deeply fascinated because the great thing about Mats Gustafsson and Thurston Moore is that you never know what you get. Their first duo release “Play Some Fucking Stooges” does not contain any Stooges songs, it is just a great energy bomb. But if you expected the same thing here you might be disappointed because the first side of “Vi Är Alla Guds Slavar” starts with something that sounds like wind chimes in a Tibetan monastery (obviously created by Moore’s guitar on his lap). The evolution of the composition is very dull and, compared to their former releases, there is an almost meditative atmosphere. When Gustafsson, who only plays selected amplified table-top electronics on the first track, creeps into Moore’s sounds, the track takes a turn and becomes spooky and gloomy, the idyll is destroyed as if a terrible magnetic storm had haunted the Himalayan mountains. It sounds like exploding bombs, monstrous chainsaws and an earthquake were at work – simultaneously. Side B finally presents Gustafsson on soprano sax – but only for a few minutes (only here the music is close to classic free jazz, it is almost a reminiscence to the great Evan Parker/Derek Bailey albums). Moore clatters on the strings and the magnets of his instruments, then suddenly he throws in a Hendrix quotation and Gustafsson is back to electronics and the monsters of noise seize power again. If the surface is brutal and overwhelming, the background is no less populated of sound elements. Before the final outburst, the short intercourse around minute fifteen evokes a Kraut rock taste that remind us one more time of the versatility of the couple.

The miracle of this album is that it refuses to use the beaten tracks which is why it is able to create a starry universe of fragments and noises which whispers, roars, twinkles and rages, it seems as if its soundscapes are breathing. The texture of these two top class sound craftsmen is so dense that it dazes you on a maximum level, but at the same time it never really loses attention on details. Gustafsson’s and Moore’s music is exciting, full of empathy, broken and versatile - in other words: just great.

And, yes, if you’re asking yourself, we’re planning to go back to Bischofshofen (it’s a beautiful place and the people are really nice) with a really much powerful subwoofer soon.

Listen to them here and watch the video in which Moore tells the story how they first met: