Round Up: "New Ears" from Norway

The recordings from Va Fongool, a label out of Norway dedicated to the fringes of music, can easily be seen as music for 'new ears'. It's a concept of music that is sometimes beyond categorization, and while a bit hard to define the term, these recordings certainly help explain the idea ... 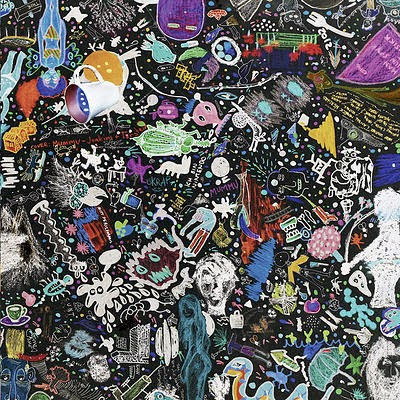 The two sides to this 7" from Mummu are quite different from each other. The first side is a quiet noise collage, the other is a noisy collage. On 'Feda Bru' the sounds of the guitar and bass and other instruments are subtle, with most sound coming from the keyboards and possibly some other electronic sources. It's a somewhat harsh sound that the group makes, but the textures can be mesmerizing. 'Logatunellen', on the flip side begins with kinetic drums as the group loudly mashes their instruments to achieve maximum viscosity. The quintet is Christian Skår Winther on electric guitar, Magnus Skavhaug Nergaard on electric bass, Anja Lauvdal on Korg MS10, Heida Karine Johannesdottir Mobeck on tuba and Joakim Heibø Johansen on drums. This double CD is a set of solo and duo performances by upright bassist Christian Meaas Svendsen and a guitarist Christian Winther. Each disc of this beautifully packaged two disc release features one of the musicians with a couple tracks on each as a duo.

The recordings are a study in the dynamics between the performer and the instrument, engaged in idiosyncratic improvisations. The 'M' disc, featuring the Meaas Svendaen's bass, is the harsher of the two. During the course of the collections of short explorations, some rather wrenching tones and interesting ideas are pulled from the instrument. Disc 'W', on the other hand, finds the guitar featured in ways more germane to the instrument strengths in several reflective and earthy improvisations. The extended techniques in the duo pieces mesh nicely.

The album is evocative - in ways it's reminiscent of Marc Ribot's Exercises in Futility. It's not something that you may listen to regularly, but it's inventive and opens your ears to new possibilities, and you're sure to return to it again and again. 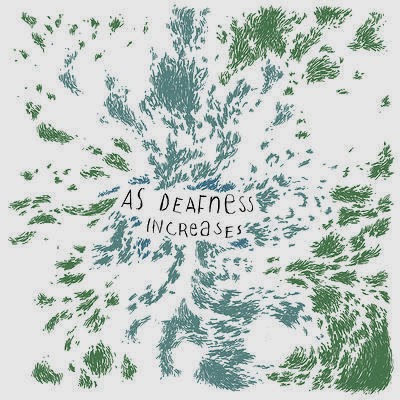 Let's start with how Va Fongool describes the As Deafness Increases:

"Clear structural frameworks functions as a starting point for creating music where slow haunting soundscapes are alternated with rapid movements and semi-melodic passages."

Good enough ... at the very least, this trio certainly takes a expansive view of what their instruments are supposed to do and get right down to work. The 20 minute 'Svalbard' opens with low tones and incidental sounds, breathing and extended techniques fill a small amount of space before a drone is established. As the episodic song takes shape, each instrument introduces a melodic motif that is filled out by the trio, gaining in volume and density. The track doesn't necessarily become a 'song', but rather an atmosphere that suggests alternative approaches to making music.  The tracks of the album all seem to work in this way, creating a very interesting study of the shadows of sound. The group is Inga Margrethe Aas on double bass, Rudolf Terland Bjørnerem on guitar and Henrik Nørstebø Munkeby on trombone. 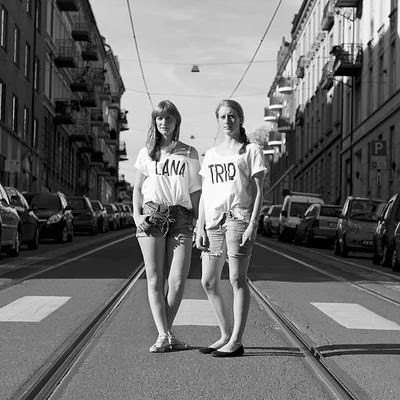 With Lana trio, we're headed back to more familiar terrain. Though it is still unchartered territory, some of the landmarks are recognizable, such as the pulse and tonality of the instruments. It's a trombone (Munkeby from above), piano and drums trio that explores the interactions of the instruments with each other as much as with other aspects of music.

In eschewing traditional melody and harmony, the group focuses on other parameters like space, density and timbers. The piano often striking distinct tonal clusters and trombone painting notes on the musical canvas with quick swipes of the brush. This is the most repeatable listenable album of the bunch here.

The group is Henrik Nørstebø Munkeby on Trombone, Kjetil Jerve on Piano, Andreas Wildhagen on Drums.