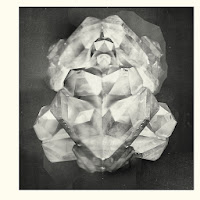 For a little more than a decade before his untimely death in 1999, legendary Finnish drummer Edward Vesala led a group called Sound & Fury, which released several albums on ECM records. Largely outside of international view, the band has continued on after his death, and now returns as invigorated as ever with Pulsacion, what appears to be their first album since Nordic Gallery in 1995. Still, Pulsacion remains somewhat of a hidden gem—Ektro Records, the label run by prolific Circle bassist Jussi Lehtisalo, is known more for metal and experimental rock releases than avant-garde ensemble jazz.

Sound & Fury still contains five members from the group’s heyday—hornsmen Jorma Tapio, Pepa Päivinen, Jouni Kannisto, Matti Riikonen and guitarist Jimi Sumén—all of whom have been present since 1989’s Ode to the Death of Jazz. Added to this core is an all new rhythm section and an additional guitar. Tellingly, it takes two percussionists to fill the void left by Vesala, both of whom do an admirable job infusing these tunes with the bursting passion Vesala seemed to bring to everything he did. With Pulsacion, the band turns to previously unreleased compositions, here expertly arranged by Vesala’s wife, Iro Haarla.

Opener “Lamgonella Lomboo” gives an idea of the bright, expansive sound of the group, which immediately calls to mind both the open spaces of Nan Madol and the more forceful, adventurous albums of the late 80s and early 90s. It all sounds like standard Vesala fare—complex arrangements of ghostly melodies that swirl over a seething swarm of drums—until halfway through, when the guitar is suddenly thrust to the forefront. Long, reverb-soaked lines cut across the rest of the band, almost perpendicular to those used to sketch out the song’s framework. It calls to mind Sumén’s angular work on “Somnamblues” from Invisible Storm, but also feels like a daring step forward.

Later on, the title track takes a turn toward the intense. It teeters on an unsteady rhythmic base, with complex, jabbing horn motifs that build to the disorienting, shrieking cacophony of your life flashing before your eyes. But if “Pulsacion” represents the confusion of dying, “Nattuggla” is like finally ascending to that higher place: a dream of flutes and ringing guitar arpeggios that’s settled around a beautiful bass-driven centerpiece.

If there’s anything here that’s less than convincing, it’s portions of the brief “Punk”, which veer a little too close Zorn-style big band parody. The track has an energy that can’t be faulted, however, and it rushes into closing track “Shadows”, a much more satisfying piece that meanders through a loosely-knit counterpoint of horns and guitar noise.

It’s heartening to see Vesala’s long-time bandmates keeping his music alive. I’d like to think Pulsacion wouldn’t sound any different if it still was Vesala behind the kit. It’s certainly a welcome addition to Vesala’s canon, and an impressive accomplishment for a group that still lives and breathes these compositions.

Mark says:
This is why I love this blog - to find out that one of my all time favourite bands are back with a recording. This will be fascinating to hear how they've changed post-Vesala

Thankou for this blog. Wonderful to hear this record.