The Gnostic Trio (John Zorn) - In Lambeth: Visions from the Walled Garden of William Blake (Tzadik, 2013) **** 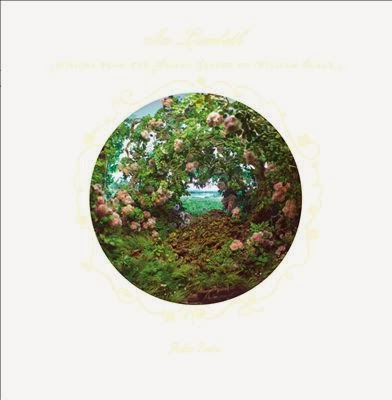 When I heard The Gnostic Preludes for the first time I described the music as a lush underwater scenario “with sea horses, clown fish, moorish idols, symphysodons, and Mandarinfish”, an idyllic utopia, a world that almost transcends beauty. The same goes for this project’s sophomore album The Mysteries.

“In Lambeth” by John Zorn’s The Gnostic Trio (for the first time they have their own name) brings back Bill Frisell (g), Carol Emanuel (harp), and Kenny Wollesen (vib, bells) but the trio is augmented by Ikue Mori (electronics), which adds new color to their sound. While the first two albums were lyrical and joyous, almost pure poetry, Mori intersperses a somber and dark note to the world that is depicted here.

But on the first track, “Tiriel”, Frisell, Emanuel and Wollesen open up the familiar atmosphere fans of this trio have liked so much celebrating the works of William Blake, the Romantic poet and philosopher, Zorn has already honored on his album A Vision in Blakelight which was part of his series of 21st century mystical works. Again Zorn processes philosophical sources and on this album he combines Blake, natural mysticism and Gnosticism to create an innocent and transcendent enchanted forest. He uses simple melodies like in “Through the Looking-Glass” or a clash between medieval harp chords, Wollesen’s well-placed vibraphone notes and Frisell’s western folk lines as in “The Ancient of Days”, the best track of the album, because the three whip each other into musical frenzy.

Two tracks illustrate a slightly different approach in the trio’s music: “The Night of Entharmon’s Joy” features Frisell on a – for Gnostic Trio’s standards – heavily distorted guitar and “The Minotaur”, on which Ikue Mori steps in the arena. It seems as if the track comes from a different album, as if there is a storm brewing. Mori’s electronics influence the other instruments as well and the music rather resembles Zorn’s new classical music compositions or the soundtrack for an expressionist film.

If you like Zorn’s other works in this field, you won’t go wrong on this one.

Listen to "The Night of Entharmon’s Joy":