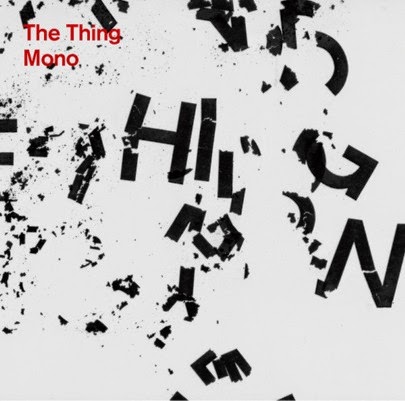 At this juncture The Thing and its members need little by way of introduction. Individually their output plots a course through much of the territories mapped by contemporary improvised music, shines a light on its more outré reaches, and stretches the wallets of even the most committed listener. Moreover, seeing any of their names affiliated with a project has become a seal of quality, much as the FMP logo did a generation prior.

Self confessed Discaholics, the announcement that newly formed The Thing Records would ensure the eventual availability of all The Thing's oeuvre on vinyl initially sounded like a way for the trio to self medicate. For the rest of us, given that last year alone the individual members appeared on over 40 releases, the news was greeted more as luxury than necessity. However, the label's current release schedule boasts 3 new recordings (last year's Boot, a Record Store Day exclusive Boot EP and forthcoming live record with Thurston Moore) and only one re-issue, 2011's Mono.

Whilst any new The Thing release feels like a virtually mandatory purchase at this point, what justifies the acquisition of Mono on LP to those who already own the original Smalltown Superjazzz release (other than Gustafsson's own 'discaholic parameters'; cover art, feel, smell…), is the fact that there is over 30 minutes of previously unreleased music included.

To describe the sounds herein is probably rather like preaching to the choir at this juncture. The Thing, now entering their 14th year, have carved out a very singular niche. John Peel's adage regarding favourites The Fall seems appropriate here, "They are always different; they are always the same… The Fall are always identifiably The Fall, but they do seem to evolve." This recording touches the key facets of The Thing's sound; taut muscularity, deft and fleet footed musicality, energy seemingly tapped direct from the Ur source, all tempered by an understanding that The Stooges swing every bit as hard as Ornette's Atlantic sides or Coltrane's classic quartet.

If, as Gustafsson would have it, 'one piece of vinyl a day keeps the doctor away', then surely 2 LPs worth of material this vital, and the promise of more to come, ought to keep listeners in good health indefinitely.