Reeds and violin .... throughout the seasons

Is it a coincidence that all the recent reeds and violin duets that were released in the past year are about the passing of time, stronger even, with three of them having names of seasons in their title? It may be, but possibly not. The selection of the smallest ensemble, and the choice of the instruments already create a favorable context for a more melancholy, intimate and meditative sound. But is it? Would this mean that all selected albums reviewed below have the same atmosphere, the same sadness, propensity for tears and shaking of heads? No, not at all. 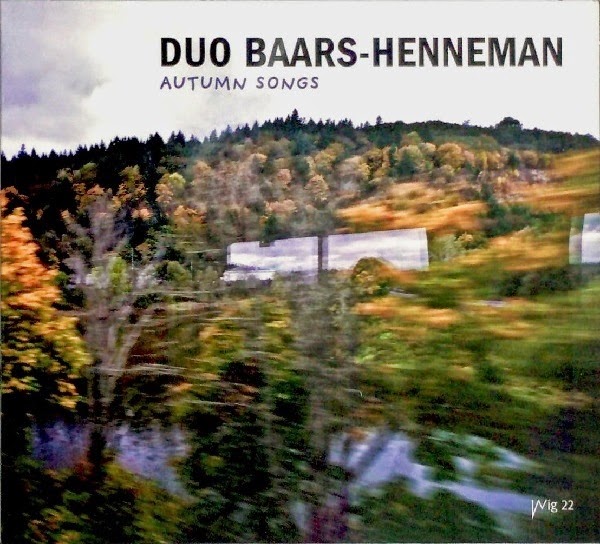 My favorite album in this series is without a doubt the Dutch duo of Ab Baars on tenor, clarinet and shakuhachi, and Ig Henneman on viola. All pieces consist of composed themes that form the outset for improvisations. There is nothing exceptional in this by itself, but the way both musicians expand on the theme, and the way the other musician then takes this expansion as a basis for further exploration, is exceptional. Even more so, because they are not afraid to use dissonance as a key ingredient of their sound. This could be off-putting for many listeners, yet the way they use it here is of a subtlety that pleases the ear, adding a more vulnerable, human touch to the sound, one that resonates deeply.

The album offers a lot of variety. On "Winter Comes To Hush Her Song", Baars weaves his shakuhachi tones around Henneman's almost single tone foundation, played arco or pizzi, resulting in a song as fragile as a snow flake. At the other end of the spectrum, you can find "It Bends It Sways", on which tenor and viola interact in a mode that is almost aggressive, with agitated multiphonics coming out of both instruments in short bursts and with strong attack. And in between you get transported to areas of beauty, of hypnotic themes, of soft-spoken interaction, of subtle movement and with colors, colors, colors, as you can imagine in that period of year. 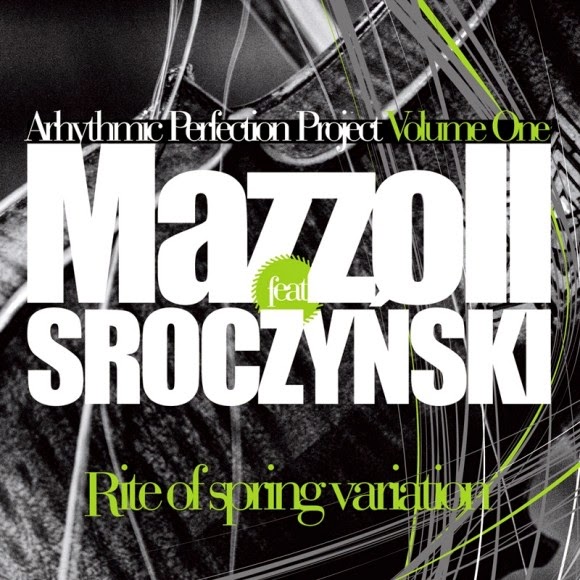 Of a totally different nature is this album by Jerzy Mazzoll on clarinets and Tomasz Sroczyński on violin, giving their own, quite idiosyncratic rendition of Igor Stravinsky's "Le Sacre du Printemps" or "The Rite Of Spring", which when first performed 100 years ago in Paris, it created quite a stir in the audience, many of whom left. In the meantime his innovations with dissonance, meter and rhythm changes, shifts in emphasis have become relatively mainstream, so much so that the real fans of modern classical music will probably scream bloody murder when they hear the performance by Mazzoll and Sroczyński.

They keep the themes, but then turn them into shorter pieces, with both instruments taking turns in taking flights away from them, while at the same time making deliberate mistakes against the composition. This latter part is determined as "arhythmic perfection", when even if it is possible to perform 'the ideal', inducing errors into the process changes the dynamics of the composition. In doing so, Mazzol and Sroczyński create a compelling album, with lots of bouts of circular breathing, and electronic alterations, which at times leads to hypnotic moments.

It is in any case much more energetic and captivating than the traditional Stravinsky composition ... at least in my humble opinion. 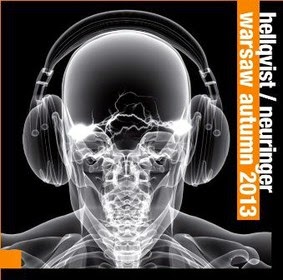 The presentation of this album is a little deceptive, in that the first four compositions are performed by violinist Karin Hellqvist solo and then the last track is performed by Keir Neuringer solo on saxophone.

Hellqvist plays compositions by Dominik Karski, Mauricio Pauly, Joakim Sandgren and Malin Bång, which in a way comes close in sound to lots of free improvisation, exploring the other side of sound, creating uncanny, even ominous pieces with lots of noise, scraping and hard-to-place sonic inventions, including the destruction of silence, which receives quite a prominent part in one of the tracks.

Neuringer gets the last quarter of the album, performing a piece that is quite similar to his recent solo album "Ceremonies Out Of The Air", in fact a twenty-minute long bout of circular breathing - or electronically repeated? - close to a single tone which shifts color as we progress, with variations starting to kick in halfway the piece. It is quite impressive in fact, and fits well with Hellqvist's sonic universe, so we can understand that both are published on the same album.


The last album in this series is not really about seasons, but also about the passing of time, or even the opposite concept, in which the most fragile and volatile and transitory, gets a timeless nature. Gianni Mimmo on soprano sax and Alison Blunt on violin treat us to some ephemeral beauty on this LP with three fully improvised pieces, recorded live at the St Leonard's Shoreditch Church in London, in June 2013.

It is hard to describe the music as jazz, and although Mimmo's legacy is clearly with Steve Lacy, his sound and musical approach is truly his own, more abstract, classical at times in the clarity of his tone, yet audacious and explorative too. The spontaneous interaction with Blunt is nothing short of fabulous, almost organic, like birds, delivering soaring love songs, or fluttering agitatedly, or even stronger, like more intimate whispers, cautious touching of notes, moving forward gently and elegantly together. Blunt herself has the same spontaneous attitude for superb control of timbre and sound, while remaining utterly free in her inventiveness. Even in the rawest parts they find each other well, echoing improvised phrases, and creating sharp multiphonics if needed, before falling back on more gentle embraces.

I saw Ab Baars and Ig Henneman perform as a duo a couple of years ago when they toured the US. Wonderful performances and musicianship of a very high order. Looking forward to this disc.

Stef, as you're athfectl fluent speaker of French, I can only assume you've got your Shakespeare and Stravinsky mixed up!

good catch ..., of course i meant rites of spring. i guess the Ides of March were playing tricks on my brain

Agreed with AGM. I've seen them as a duo and part of Ig's sextet. They are a fantastic combination, and their previous duo album, Stof, is wonderful.