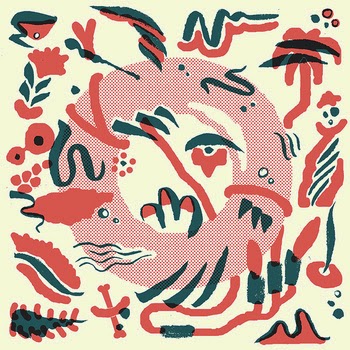 This split release pairs up two noisy sax-drums duos, one from the Netherlands and one from Italy. Given the 12 minute running time (two tracks) and the fierceness of the music, it seems appropriate to keep this review short and to-the-point.

Dead Neanderthals are Otto Kokke on baritone sax and Rene Aquarius on drums. According to the press blurb, they’re part of the “New Wave of Dutch Heavy Jazz” (a tag that made me think of the excellent Cactus Truck); moreover, they cite Borbetomagus and Painkiller as influences. When done right, this kind of music can be quite literally a blast, but on “Pillar of Teeth”, Dead Neanderthals unfortunately fail to revive this style convincingly. Sure, no one expects this to sound like a nuanced Gil Evans composition, but this track completely lacks an intellectual challenge (and therefore, excitement). I guess the main problem is that they bury the sax, this most expressive of instruments, under a thick layer of distortion, depriving it of its most admirable quality; like a cook applying some ultra-hot barbecue sauce too liberally, Dead Neanderthals achieve the very opposite of what they had intended to do, rendering this track mind-numbing rather than mind-blowing. (Apparently, the Dead Neanderthals from the Netherlands are about to release a new full-length soon, so let’s hope they’re not as inadaptable as the actual Neanderthals.)

On the flipside, the Italian duo Kuru does a considerably better job. Without sacrificing intensity, the duo of Pero (dr., perc., voice) and Seba (tenor sax, perc., voice) presents a track (“Fiume Asaro”) that’s quite varied and interesting. While the ideas on display here are not exactly groundbreaking – I’m hearing nods to compatriots Zu and to the propulsive polyrhythms of the Ex –, it’s played both forcefully and skillfully. This is actually quite promising.

To sum up: Two stars for the Dead Neanderthals track and three for the Kuru cut.

Thanks for pointing this out. For some reason, I had misread an entry on their blog as saying just that, while in fact it relates only to the collab with Machinefabriek. My bad!

It's been duly corrected!