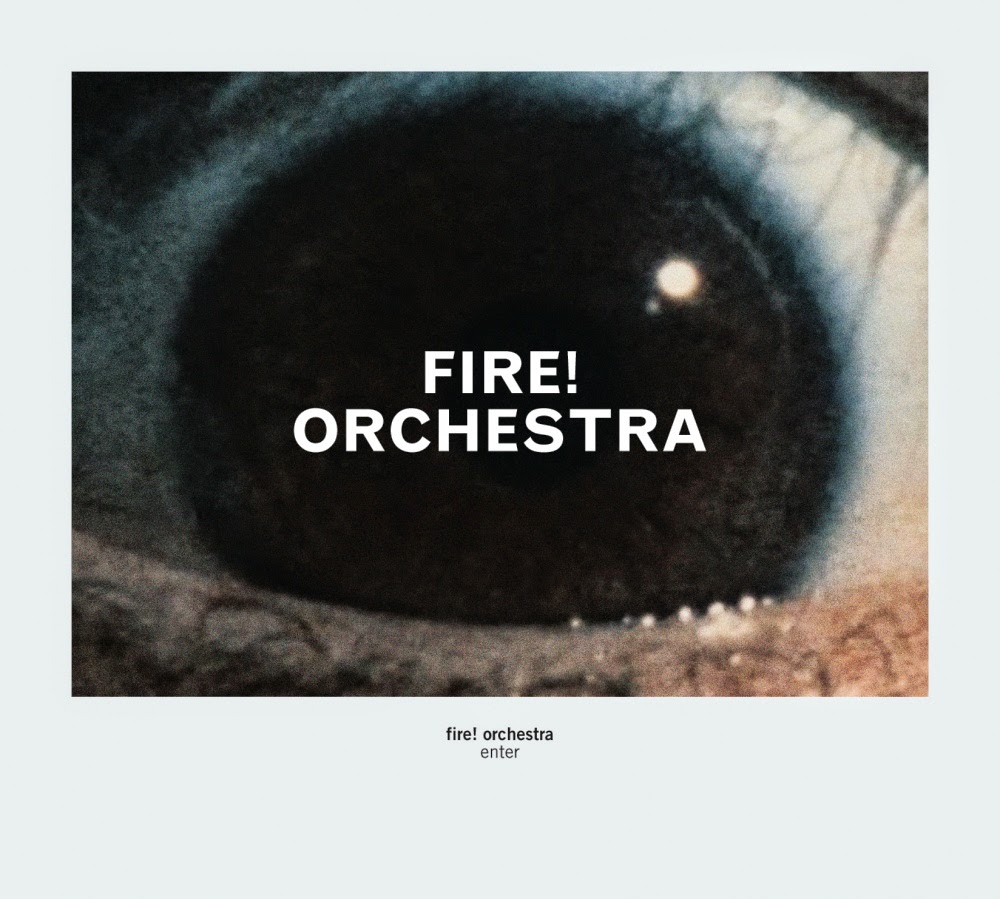 In the last issue of “The Wire“ Fire! Orchestra’s new album “Enter” was harshly criticized, there were expressions and phrases like “flawed”, “conceptually flabby”, “texturally overcooked” or “cod-operatic prog rock pomp”. The reviewer even claimed that he couldn’t remember actively disliking an album as much in a very long time.

“The Wire” is rightfully regarded as a well-respected magazine, the question is how can they be so completely wrong – since “Enter” is a great album. Maybe the reason for this scorcher is the fact that Gustafsson had a marvelous year 2013. Almost everyone liked Fire! Orchestra’s debut “Exit”, it was in many of our top ten lists, “The Wire” even gave Gustafsson a cover story, alternative rock media paid attention, this year the orchestra played the Roskilde festival. That might be why some critics have become suspicious that Gustafsson is flirting too much with mainstream.

This is one side of the coin and the beginning of the album could prove the skeptics right because “Enter” ties in with “Exit”, however it is a bit more accessible, funkier, more soulful, with a tempting Fender Rhodes riff and the demand “to let it all go” – the hippie approach is taken to the extremes, it’s drunken psychedelic soul as if they were a prog rock version of Rare Earth or The Temptations.
On the other hand this lasts just five minutes before the real nature of this album is revealed. Much more than its predecessor it gives off the spirit of one of Gustafsson’s great idols: Sun Ra. Like the Arkestra has used swing structures, free jazz patterns and Ra’s special ideology to create their unique sound, Gustafsson and Fire! Orchestra use rock, pop, free jazz and modern big band elements to do likewise – only in a more postmodernist way.

“Enter Part Two” opens with a distorted version of The Beatles’ “Tomorrow Never Knows” riff presenting Silverbullit´s Simon Ohlsson as a male voice as a contrast to singers Mariam Wallenberg and Sofie Jernberg – one of the differences to “Exit”. The composition is classic Fire! stuff, Kraut rock shit which is kept together by Johan Berthling’s fuzz bass, Andreas Werliin’s drums and even Gustafsson’s sax submits to the groove before the orchestra fuel the hot brew. However, completely out of the blue, the track undergoes a shape shift as if a band was kicked off the stage and immediately replaced by something absolutely different. There is total noise, chaos, turmoil – just to morph into a part which is dominated by an almost traditional brass section part. To confuse the listener even more “Enter Part Three” begins like a test arrangement for new music, like a mad chamber orchestra which tries to defend itself against the massive orchestra arrangements by which it is attacked from the background. Sun Ra would have enjoyed this, the unpredictability, the abruptness, the stoic bass lines, the barrage of the reeds. Finally, this kaleidoscope of atmospheres, rhythms, quotations, textures and dynamics is completed by a back reference: “Enter Part Four” uses the same riff as “Enter Part One” – the band rides into the sunset with us.

“Enter” is an excellent follow up for “Exit”, even if it is not as surprising. It will be interesting if Fire! will continue this project.

In contrast to “The Wire”: Hardly ever have I actively liked an album so much.

Glad to hear some levity in the discussion of this one Martin. I agree with you that this is a great follow up to "Exit". I think anything was going to be a letdown after "Exit", which was so perfect. The Fire guys chose to diversify rather than repeat, which makes it perhaps less immediately satisfying, but on repeated listens, it works. I have been waiting for this one a while, and think it's important to note that Gustafsson and co constantly modify the arrangement - no two performances are exactly the same (If only The Wire took the performativity and flexibility of the "piece" into consideration!).

With the exception of Part Two - which really falls flat because of Ohlsson's cumbersome voice - the strong parts of this album outshine the weaknesses, and I can't wait to hear what they produce next... but what IS between an exit and an entry?

Thanks Fergus.
I agree with you as to Ohlsson's voice. It was actually a good idea to foil the two women but it turned out that this idea was not so great because his voice is simply too flat.
Maybe the third album will be called "Roam".

An interesting review Martin, provides some balance in relation to The Wire article you mention.

However, it should be noted that the review from The Wire does not represent the magazine's position on the album, they are the thoughts of Philip Clark (the reviewer in question). In much the same way as the Free Jazz Blog does not exert any editorial influence over reviews it publishes, nor does The Wire. Articles are always written from an informed and intelligent manner (the magazine's editorial stance), but any bias is solely the writer's position.

The cover story you mention was written by Daniel Spicer, Phil Freeman the overwhelmingly positive review of Exit! (which made #11 on their End of Year lists, & many contributors Top 10). Regular reading of the publication (as with any such combinative endeavour) gives the reader a sense of the particular tastes of its contributors. In light of this, claims made that the Philip Clark review from The Wire are representative of the magazine's stance are flawed.

Also, to suggest that this could be some editorial backlash against Gustafsson's increased profile strike me as wide of the mark. Such criticism could be more readily associated with The Cherry Thing project as it could be construed as courting the mainstream. However, this too was well received in The Wire, (rightly) adjudged of failing to ultimately meet either The Thing's or Neneh Cherry's audience, and subsequently succeeding as a creative endeavour whilst failing as a commercial one (negating any 'overture to success' based criticism).

Of course, it's possible that the reviewer in The Wire just didn't like the album, end of story.