Recently, I had the honor of being asked to provide liner notes for a solo saxophone album by Paulo Chagas. It was my pleasure to do this, and in lieu of a typical review, I am posting my notes here, with a link to the recording which is available from darkpebble-blue wave. 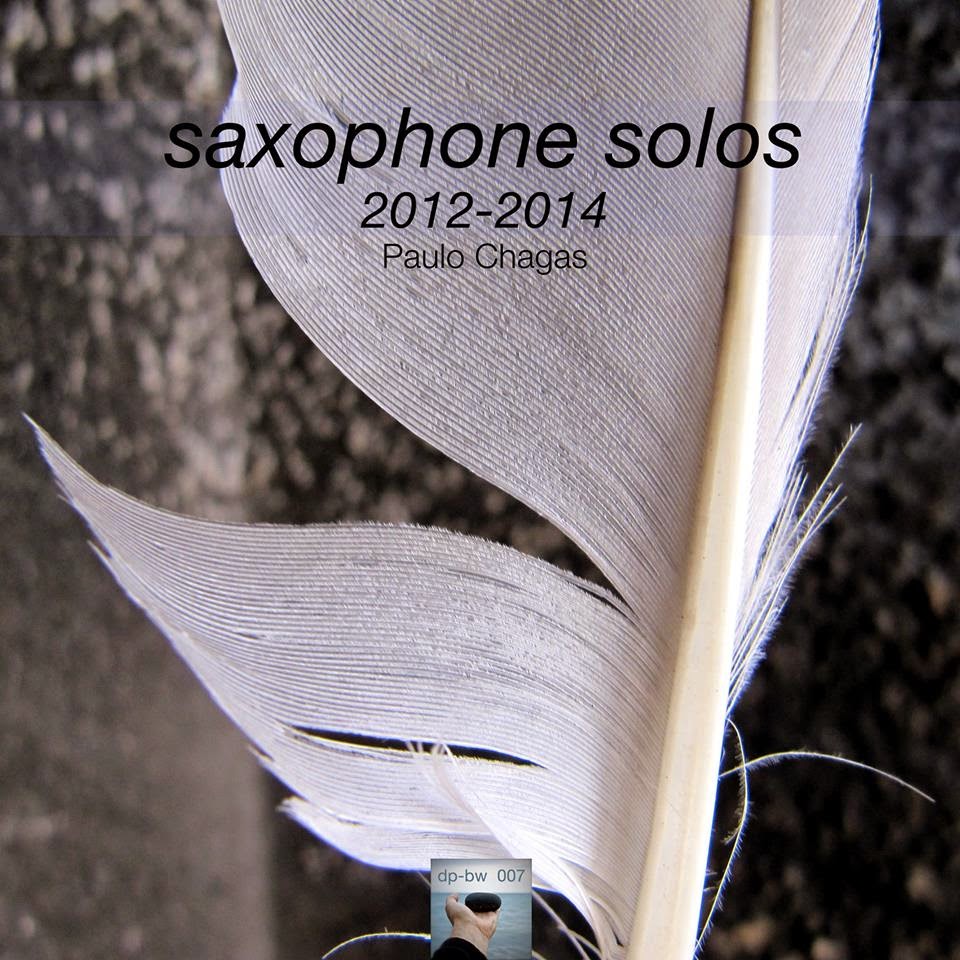 I'm on the commuter train, listening to a very early mix of Paulo's new solo saxophone album. The tracks are named and numbered essentially by date and what sax is being used. I am listening without knowing - no track names to fill my mind with interpretations, suggestions, or distractions whatsoever, it is just two Pauls with a saxophone and an ocean between them.

I’m looking out the window as the post-industrial landscape passes me by. Factories are being torn down, entire neighborhoods being turned into generic luxury spaces. My thoughts are in turn shaped by the sounds that both scrape and sooth my ears.


I wonder, what is it like in Portugal, in Paulo's studio, where he has lovingly recorded these expressions of his thoughts and feelings? What was he thinking? Why create something so personal as these improvised solo performances? Are we not hearing his voice, his thoughts, only slightly filtered through an instrument? Is he too looking at what's happening outside? Is he looking inward? Making up stories of things that have yet to happen? I wonder, as the sounds of breath, keys, embouchures, and creation happen.

I've never met Paulo in person but that does not really mean much in this context. I was first introduced to his playing through an album with fellow musicians Bruno Duplant and Lee Noyes called 'As Birds'. It came to me very early in my listening and writing about free jazz. For my review on freejazzblog.org, I wrote:

Chagas' bass clarinet and sax work is a joy to hear, though I've made my bias clear (I mention how much I love bass clarinet in the review). Not tempering the clarinet's bestial desire to squawk and rumble, but not relying on it either, he let's the instruments sonorous woody sound reverberate...

Parse through that mumbo jumbo and what I meant, and still believe, is that Paulo's playing speaks at both a very elemental and organic level (he lets the instruments be themselves, and in his hands they bloom) and with an emotional rawness that invites the listener to drop preconceptions and simply hear.

Paulo’s own website states that he “is a willfully eclectic musician, having devoted much of his career to experimentalism. Being by nature a maverick, he has committed his life to the research of new (or renewed) solutions and links between the sounds he explores.” Good enough for me, and really a great summary of this recording that you have at hand.

Saxophone Solos is a collection of 9 pieces recorded on soprano and alto saxophone between 2012 and 2014 in Paulo’s home studio. It is indeed an intimate portrait, a window into the sanctuary where ideas grow and the spirit wanders.

Paulo says that there is no set pattern to his creative process, almost anything may be an inspiration, "sometimes I played focused on an idea, a poem, a movie, a picture, sometimes could be a result of a technical exploration, and sometimes it is absolutely spontaneous stuff."

The stuff is good stuff indeed. Born of pure spontaneity and subconscious percolations, his ideas range from spittle riddled fluttering to repetitive rhythmic figures, and from extended techniques to sublime melodies. This very personal music speaks in many tones and always with deep feeling.

Says Paulo, "in this set of pieces I looked essentially for the balance between sound and silence, like a pencil drawing lines and points on the empty white paper"

Listen to natural pulse of the alto sax as a long droning tone begins to bubble. Feel the squawk as he bites down on the reed to get out that idea, that feeling. Take in the brief silence, as one idea seems to end, only to resurge with new vigor a moment later.

In the end, I cease trying to imagine what Paulo is thinking as he plays and just enjoy the thoughts that he has put down. I nod in agreement, I scowl in disapproval, and I smile in agreement. My fellow commuters, they just think I'm crazy, they don’t know the conversation I’m having with a saxophone playing in my ear buds. At they very least the seat next to me remains empty!