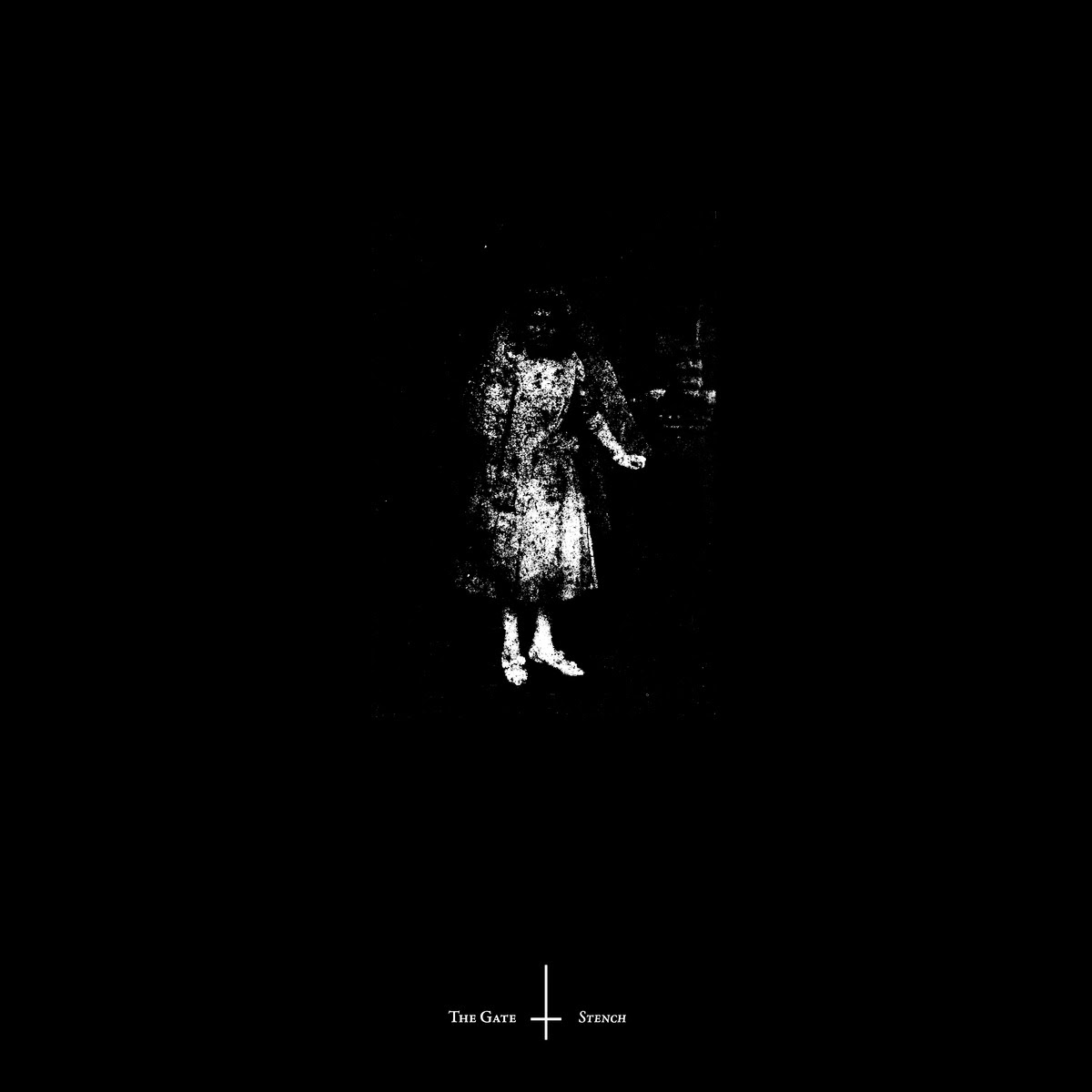 As a recovering metalhead (it never fully goes away), The Gate peaks my interest. The trio travels in improvisational circles while toting the sorts of imagery and language found in the metal world. Previous albums had names like Vomit Dreams and Destruction of Darkness, and their website and merchandise is splattered with disemboweled corpses and inverted pentagrams.  While we’ve seen other improvisers dabbling in metal lately (e.g. Nilssen-Love/Marhaug/Pupillo’s You’re Next, Slobber Pup, Jon Irabagon’s album with Mick Barr, etc), The Gate seem committed to being all evil, all the time.

The group’s earlier efforts certainly lived up to the “doom jazz” label. If you could write sludge riffs for a horn trio, the band—Dan Peck on tuba, Tom Blancharte on double bass, and Brian Osborne on drums—came as close as you can get, all while mixing in some free improvisation and creepy ambiance for good measure. But imagery and a steadfast devotion to heaviness are where most of Stench’s similarities to metal end. Stench finds the band bulked up to a fully electric quintet (with Tim Dahl’s additional bass and Nate Wooley’s amplified trumpet), and the sound invoked is more in the lineage of the darker noise groups of the late 90s and early 00s: Wolf Eyes, Skullflower, Yellow Swans, Aufgehoben—one might look even farther back and find the reckless spirit of Borbetomagus.

This means Stench is incredibly loud and incredibly noisy. “Bated Beast” takes no time at all exploding into a vortex of fuzzed-out everything and distorted caterwauling. I think if the title character in Lovecraft’s “The Music of Erich Zann” had been in a improvised noise group, this is exactly what his hyperdimensional, demon-repelling music would have sounded like. If you have the stomach for it, it’s bracing stuff.

The intensity carries across side A, but for a moment of respite at the end of “Induced Mutation” with gentle bells and the faintest of acoustic bass. Side B opens with “Axe of Death,” a dark, unstoppable wall of depressed, dragging sound. Eventually it breaks down, bleeding into eerie feedback and distorted bass sawing that almost sounds like backwards Satanic voices (if you’re disposed to hear that sort of thing).

In a way, Stench embodies a strain of aural nihilism that most metal bands should be jealous of. There’s no neat chord progressions or blast beats or perfectly rhythmic tremolo picking. Convention is simply suffocated in its relentless, unbounded force. Stench closes with “Swögen,” which, with its sounds of drifting buoys and foghorns, brings to mind the title of a Wolf Eyes track: “Dead in a Boat.” As the improvisation picks up speed, it morphs into something even harder to describe—like slow motion Jew’s harp or a malfunctioning carnival ride. It’s decidedly less evil than the preceding pieces, though it still rests comfortably within the bleak, uncanny realm that’s just on the other side of The Gate.

Say a prayer for deliverance and then listen on Bandcamp:

As a recovering Hardore/Punk afficionado I absolutely know what you mean. It never goes away indeed (there is a new Shellac album out). This sounds really interesting, for me and possibly as well for Paolo and Julian (?). Nice and well-written review. Thanks, Dan,

I'm a non-recovering hardcore fan. For years, one of my proudest moments was the time Henry Rollins cursed out me and my friends at a Black Flag show. More recently, I've been listening a lot to drone bands like Sunn O))), Boris and Earth.

I don't have this album but I do have the previous one by the Gate, Destruction of Darkness, and it fits very nicely into that niche. Adding Nate Wooley to the mix seems like an excellent idea. The Almond certainly can be considered as Jazz Drone.

By the way, another album that is in a similar vein is the one by Helena Espvall that Stef mentions in his long review of cello albums. It's on her bandcamp page and well worth a listen.

Count on me guys as an unrepentant punk hardcore fan!
My previous message about this apparently has been lost somewhere in the net. But I will be there when you need it.
Thanks Dan! Great review!

Predictably, I'm digging this, too. I guess a prayer of thanksgiving to the Ancient Ones is in order. ;-)

Being cursed out by Henry in a Black Flag show - you're a lucky man, Richard. ;-)

I saw "recovering" as though the new Pallbearer and YOB albums haven't be stuck in my CD player for weeks... ;-)