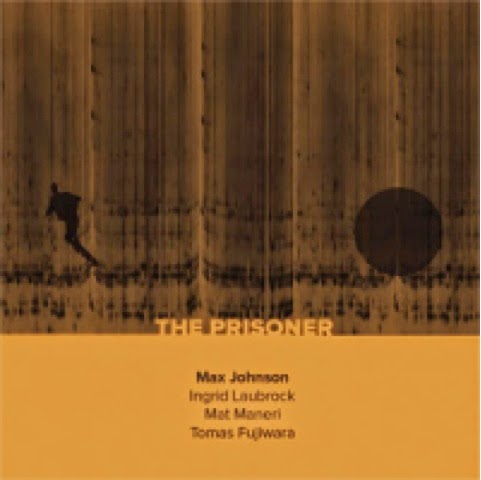 Looking back, Patrick McGoohan’s TV classic The Prisoner marked the point where the anti-establishment rebelliousness of 60s counter-culture started to sour into the paranoia of the 70s. Over the decades the show has remained tremendously influential, while the sort of surveillance society that it railed against is increasingly realized in our current hyper-digital, globalized world.

The concerns of The Prisoner are interesting in the context of Max Johnson’s namesake tribute album, performed by a quartet of Johnson, Ingrid Laubrock, Mat Maneri, and Tomas Fujiwara. As our anxiety grows about a modern culture that’s slowly warping into The Prisoner’s Village, we also live in a world that allows improvising musicians unprecedented means for inspiration and collaboration. As websites subversively build detailed profiles of all our likes and movements, The Prisoner’s musicians and I can go online and easily enjoy the cult British series made before any of us were born. As the NSA presses Google for warrantless information, Max Johnson can effortlessly send a promotional copy of his album to my GMail, and I can download it onto my computer within seconds.

But whatever the conditions for its conception, the music is what’s important. What makes The Prisoner a remarkable album is that Johnson’s loose compositions convey a certain narrative and drama all on their own, regardless of whether you’re familiar with the show that inspired them. And—just like the show—what they ultimately do best is imbue the listening environment with a sense of the uncanny, the queasy feeling that nothing is quite what it seems.

“No. 6 Arrival/No. 58 Orange Alert” begins in a tentative, exploratory manner: low in volume, the music feels its way through unfamiliar territory, with long tendrils of strings reaching out through Laubrock’s hazy tenor and Fujiwara’s delicate percussion. It’s uneasy yet beautiful, slightly claustrophobic even as it picks up in volume and texture.  But before the piece comes to a close, the Orange Alert: Laubrock sounds a chiming alarm, and the music comes alive. It’s busy but short-lived, much like McGoohan’s first scuffle with the eerie Rover that can be seen chasing him across the album sleeve.

Elsewhere, “X04” has the jaunty swagger of the show’s jazzy interludes, while “No. 24 Hammer into Anvil” builds to a marching crescendo that erupts into a free improv workout. “No. 48 Living in Harmony” flirts with Alice Coltrane-style spiritual jazz, with some beautiful saxophone playing that calls to mind Pharaoh Sanders. Bolstered by Johnson’s thick, bowed double stops and Maneri’s skittering lines, the piece perfectly conveys the paranoid, suspicious nature of the show: beneath the placid melody, a dark undercurrent surges, the deep, uncertain flow that threatens the outwardly normal surface.

The Prisoner showcases music of many influences, but never blatantly declares itself to be any of them. The uncanny pseudo-familiarity is part of the fun. However untrusting No. 6 may have been of the others he enlisted in his escape attempts, Johnson can be assured he has a rock-solid crew of co-conspirators for his realization of The Prisoner. He’s proving to be a brilliant and surprising frontman as of late. To him I’ll simply say: