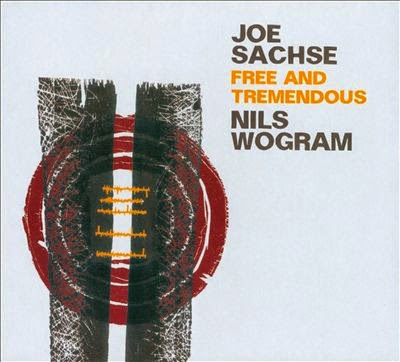 I am thinking about the book Woodstock am Karpfenteich: Die Jazzwerkstatt Peitz which recalls the underground free jazz festival in 1970's East Germany. A DVD of the latter day 'comeback concert' has Joe Sachse and fellow guitarist Uwe Kropinski playing as a duo, and during the show, Sachse uses a screwdriver to pull out sounds from his guitar. Of course, Thurston Moore has made the screwdriver his thing, but it seems amazing how the same tools, in different hands, produce such different outcomes.

On Free and Tremendous, Sachse along with trombonist  Nils Wogram, take a somewhat unlike pairing of instruments and produce some really exciting results. Utilizing the horn to its fullest, Wogram acts as bass, melody and even percussion at times. Sachse creates a world of sound, from lush chordal melodies to collages of beyond-the-guitar sounds. The 20 minute 'Ma(h)l End' is a good example of this with Sachse tapping and scratching out a rhythm track for the Wogram to play over. Most intriguing are the bursts of crystalline guitar lines, often hinting at blues and traditional jazz, basically little songs within themselves. Overall, a great duo set - when the two musicians connect, their approaches mesh wonderfully. 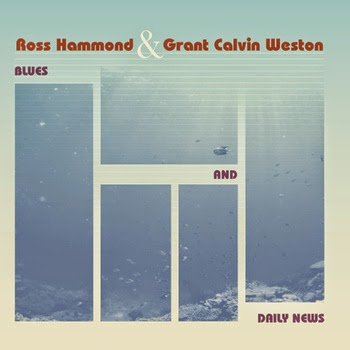 Blues and Daily News is the product of a long distance relationship - drummer Grant Clavin Weston from Philadelphia and guitarist Ross Hammond from Sacramento. Weston, whose vita includes work with Ornette Coleman and James Blood Ulmer, recorded percussion tracks and sent them to Hammond to add his expert touch.

The opening 'Huff and Puff and Blow it Down' is a scorcher, with Hammond's rough hewn lines searing over Weston's strong foundation. Other tunes like  'Aquarium Salt' are atmospheric, with Weston front and center while Hammond creates the soundscapes. The track 'Big Dipper' is more rock oriented, and on 'Blue Teeth', Hammond is on open tuned acoustic playing slide over Weston's straight ahead pulse.  The Blues in the name permeates the feel of mostly every track, even if it's not over blues changes per-se. The Daily News portion happens on the buzzy and sludgy title track where news broadcasts are interwoven into Hammond's best Crazy Horse inspired moments. Dig in! 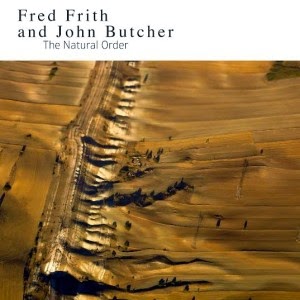 The Natural Order is a new collaborative work between two prominent musicians of contemporary music, Fred Frith (guitar), and John Butcher (sax).  Comprised of ten tracks, Frith and Butcher engage in a series of duets that are challenging and engaging.  Frith's guitar work is second to none; from his years with the great avant rock group Henry Cow to Naked City to his own projects, his skills and language with the guitar is organic, inventive, and used in ways that at times defy convention in how the instrument should sound.

On "Dance First, Think Later," Frith's plucking of notes is seemingly random, like hitting keys on a piano, but he is building a structure of sound that grows in intensity, later joined by Butcher, blowing hard and furious on the sax, growing loud, then drifting off with a descending wave of long, throaty notes. "Faults of His Feet" has a metallic, jangling guitar (a la Sonic Youth) with plucky accents by Butcher that are at first almost string like, then blowing in a series of delicate, Wayne Shorter like accents, counterpoint to the guitar.  Butcher then really stretches out, firing off a cascade of ascending, rolling notes that fold over each other; Frith accenting with percussive notes that murmur in the background.  A fine moment for Butcher.  Organic sounds dominate on "Colour of an Eye Half Seen," the instruments blurting, spitting, gurgling, chirping like insects, droning like a constantly blowing wind, all for 13 + minutes.  "The Welts, the Squeaks, the Belts, the Shrieks" is exactly what the title describes, again, both musicians making their instruments a vibrant, dynamic force of nature that percolates and burst forth in an act of creation.  "Accommodating the Mess" concludes the album with a series of electronic samples of Frith's guitar, Stockhausen like, before Butcher comes in and delivers a gorgeous solo that drifts above the guitar plucking and bowing.  Then he becomes more aggressive, like a buzzing bee, accompanied by a squealing guitar.  Frith employs some searing notes to conclude the album.

The Natural Order is a very good album with an unusual pairing of guitar and sax, and it is to the musician's credit that they are able to deliver a series of tracks that challenges one's expectations of sound and execution.  Overall it is an engaging work. 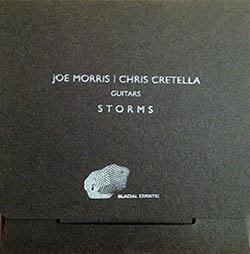 If I could point to one record to an uninitiated friend on what modern free jazz is this could be it. That’s not to say it’s the definitive statement of today’s free jazz guitar scene or my favorite new free jazz disc but it’s damn close.  It’s a remarkable example of two very gifted guitarists at their free form best.

Both from Connecticut, Joe Morris is a bassist, guitarist and composer and Chris Cretella is a guitarist who studied with Mr. Morris at the New England Conservatory of Music and the sympathy between these two players is obvious, palpable and tremendous.  It is not a stretch to say that you are not likely to hear an acoustic guitar finger style record like this from anyone else now or in the near future and even Derek Bailey, a hero of mine, would be stunned and equally proud of the work Mr. Morris and Cretella have created here were he still around.

It’s frenetic without being annoying and dizzying in its scope.  Escewing effects and pyrotechnics it constantly moves forward and stirs the listener at every twist and turn and is beautifully recorded.  Just two acoustics in what sounds like a medium-sized room and that’s it but I couldn’t stop listening to it.  Simple, elegant, plucky (literally and figuratively), genuinely thrilling and titillating.  If you’re into acoustic free jazz and/or improvisation get this disc.  You won’t be disappointed. 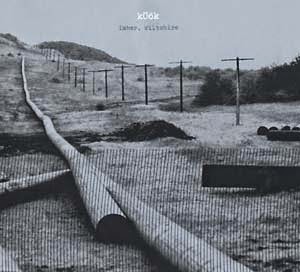 In England is the town of Imber. During WWII it was evacuated by the Allies for training purposes and though the town didn't end up being used for such, when the war ended, the population did not return. It has stood, and still stands today, as a ghost town, and an inspiration to the guitar duo of KÖök (Jørn Erik Ahlsen & Stian Larsen) who try to recreate the sound of an abandoned town. Yes, this is a quiet album, but one fraught with tension.

The opener 'Slumber Court' is a meditative nine minute long. Long drones and lightly modulating electronic sounds create a sonic world suspended in time. A whispering clinically cold voice implores that you 'turn your attention to the feeling in your right leg...' - spooky start! The duo is joined by bassist Guro Skumsnes Moe, who adds some deep terror to "Evacuate" and by Dag Erik Knedal who adds percussive elements to a couple tunes, like "St. Giles", which is a reference to the still standing church tower in the town. Through the austere images and stark presentation, KÖök has created a gripping soundscape that will appeal to adventurous listeners.