How many musicians does it take to create silence?

Related to the whole free jazz and free improv movement, the family's quiet younger electroacoustic sibling is growing and expanding, quietly, without much fuss, yet gradually, and growing more beautiful by the day. His character is subdued, introspective, and calm ... yet incredibly intense and precise. Accuracy and the appreciation of the value of a single tone, with the full color of variant timbres coming to life and evolving in slow sonic kaleidoscopes, the instruments don't seem to matter, or rather, they present us with something new, with something we never knew resided somewhere deep in the brass or the wood or the strings. 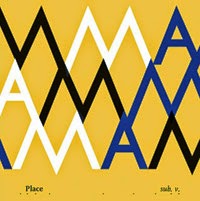 The masters and founders of the genre are AMM, now limited to John Tilbury on piano and Eddie Prévost on percussion. On "Place Sub  V", they push their musical concept even further, stroking, caressing cymbals and strings and wood, making sounds resonate and little muted plucks on strings and rattles with chains pierce through the ominous silence. There seems to be no need to express anything, no need to demonstrate anything, apart from the beauty of the isolated sonorities reverberating in the open space, creating space for other little sounds to emerge, to echo, to exist. Tilbury and Prévost know each other so well, and they listen so well to each other's sounds, giving each other space and interacting at the same time, that this instant joint composition is another example of the discipline it requires to generate this artistic purity. A lot goes on here, and the restraint and inventiveness create a marvelous tension that is kept throughout the one hour, one minute and one second long piece. 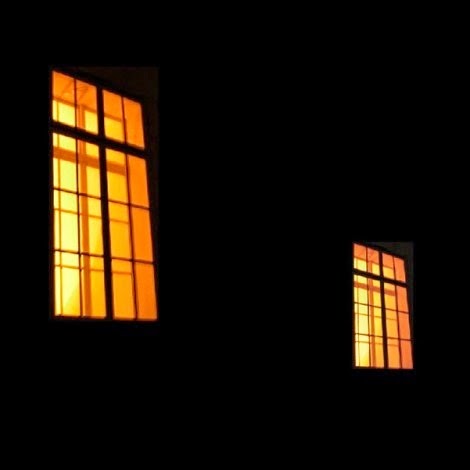 Clarinettist Jürg Frey and trombonist Radu Malfatti offer us an incredible treat in two discs of more than one hour each. The first disc consists solely of acoustic clarinet and trombone, yet anyone listening to the album without knowing this, will have a hard time telling which instruments offer us this long, almost monotonous piece of long, endlessly stretched tones, which shift in color, in interaction and layering. The result is quite exceptional, mesmerising, soothing and intense at the same time. And once in a while you hear the physical aspect of the playing, like a tong-slap on the clarinet, to emphasise the acoustic side of the sound. The second CD goes on in the same spirit of endless tones, built around silence, but now one that is intensified by ambient sounds of birds singing, or voices in the background, and the overall tonality is even less physical, more a shimmering of sound, deeper and even more fragile. 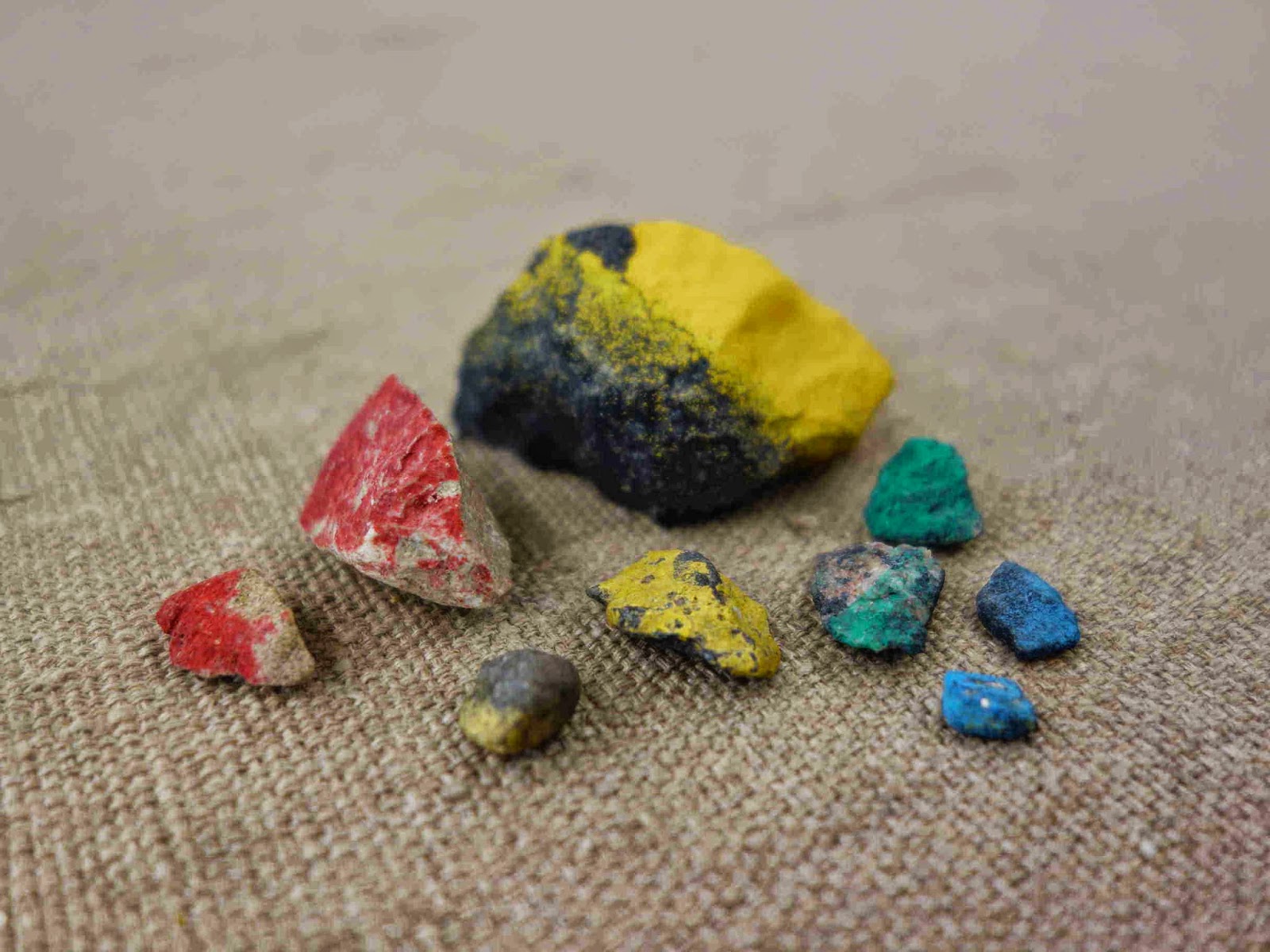 The composition and the performance are amazing. A basic low and barely audible sound is almost kept throughout, once in a rare while interrupted by a piano key, a minute skronk from the electric guitar, or another instrument piercing through the nebulous foundation, that at times gathers more momentum, with horns and strings increasing the volume, adding drama, yet without too much alteration of the core tone, making the composition move like a slow tonal river, with slow waves of sound, or even better surface ripples, that are clearly distinct but yet an integral part of the movement that you hear.

Towards the end, the imminent flow increases into a massive groundswell, only to disappear again as it arose. A powerful piece, one that I've listened to a lot over the past months, and even if it may appear monotonous at a first listen, a lot is actually taking place. 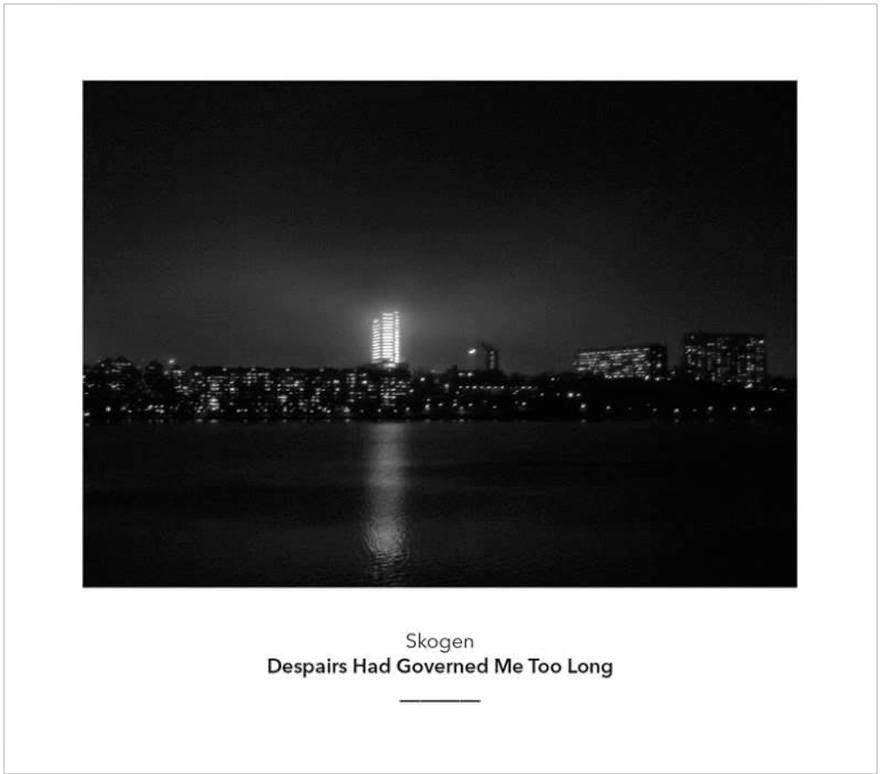 The absolute masters of quiet intensity are Skogen, a band whose "Ist Gefallen In Den Schnee" figured on my best albums list of 2012. The leader of this tentet is pianist and clarinetist Magnus Granberg, who created the music on this album based on 'harmonic and rhythmic material from a song by the seventeenth century English composer John Dowland'. I am not familiar with the original, so it's hard to compare, and I can assume that anybody knowing the original music, will also find it hard to compare.

The band is Granberg on piano and clarinet, Angharad Davies and Anna Lindal on violin, Leo Svensson Sander on cello, John Eriksson on marimba and vibraphone, Ko Ishikawa on sho, Toshimura Nakamura on no-input mixing board, Erik Carlsson on percussion, Peter Wästberg on contact microphones and objects, and Henrik Olsson on bowls and glasses.

It is hard to believe that a tentet can play such sparse and quiet sounds, that vibrate around the vast expanse of silence, shifting slowly and gradually with instruments coming out of the background for a few notes, a few percussive touches, then recede back for a few other instruments to present their timbral acrobatics, and even if the whole composition is built around a long stretched tone, the piece oscillates and pulsates in an organic, almost life-like way. 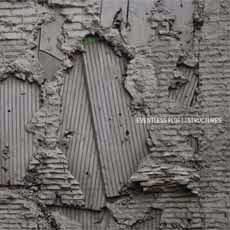 Eventless Plot is a trio consisting of Vasilis Liolios on inside piano, e-bow piano, objects, psaltiri, bells, singing bowls and semi-modular analog synth, Yiannis Tsirikoglou on objects, guitar, electronics, Max/MSP, and Aris Giatas on piano, psaltiri, objects and bells. They have two guests on the album : Chris Cundy on bass clarinet on the first track, and Louis Portal on percussion on the third.

In contrast to the trio's usual albums, the sound is more restraint, quiet even, less psychedelic, but fully in the electroacoustic mode, with sparse sounds, quietly balanced and paced.

On the first, far too short track, Cundy's clarinet hovers over the other sounds, suspended above the quiet soundscape, with deeptoned, flexing tones offering a kind of moaning quality to the music, alternated with more agitated moments, yet still hovering. The second track is played just by the trio, and is built around a high-pitched electronic sound, against which bells and bowls and other objects resonate, offering a more meditative mindset in the first half, yet then intensity increases, as does the sonic density, with guitar and piano creating a haunting repetitive framework. The third track starts more intimately, because it lacks the spacious resonance of the other two pieces, and little objects and percussion interact nicely and gently, gradually shape-shifting into silence and then into an electronic drone which keeps gaining momentum, but ever so slowly. 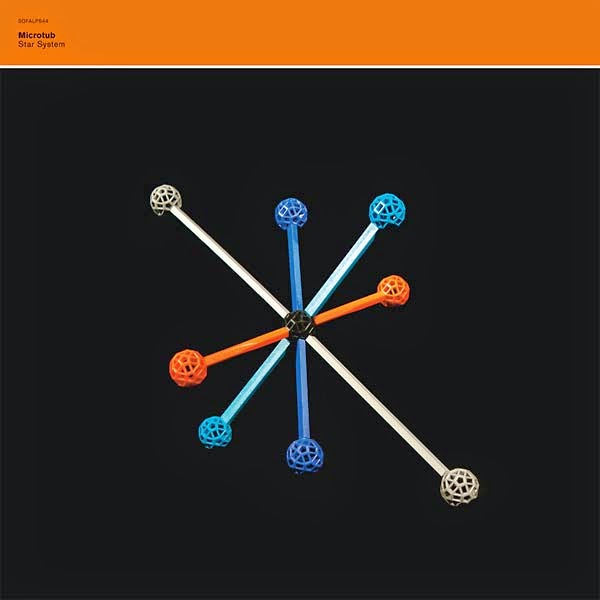 Microtub is an unprecedented tuba trio, with Robin Hayward on microtonal F-tuba, Kristoffer Lo on microtonal C-tuba and Martin Taxt on microtonal C-Tuba. Even if fully acoustic, the music has an incredible resonance, and the three instruments weave long, almost endless tones over and through each other, creating a deep sonic feeling of substance while keeping the space very open.

It is no surprise that the Pythagorean concept of the "music of the spheres" come to mind, the deep harmony of sound that might emanates from the movement of the planets and stars, and that is imperceptible to the human ear (until now!). After listening to their debut album some years ago, you could wonder whether the core concept could still be open for creative renewal, and the trio does it here in spades, with more gravitas, more solidity, more depth, more expansiveness, and beautiful contrasts among the three instruments.

So how many musicians does it take to create silence?