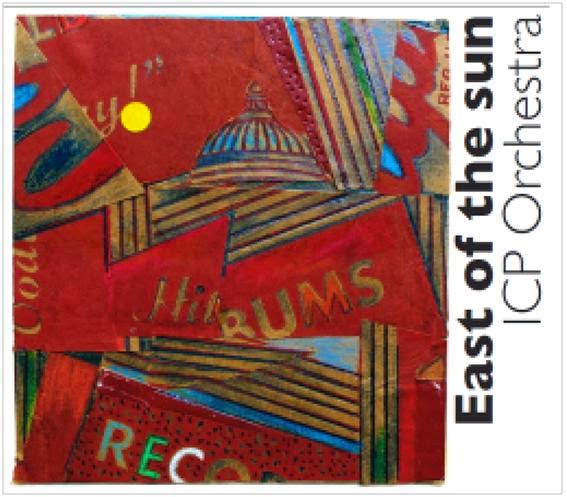 Usually they just edit a live performance and slam it on cd, this time they gathered in the studio.  One conspicuously absent.  In person that is, the spirit of Misha Mengelberg infuses this record in the choice of cuts, and of course in the performance.  They start with a Psalm, somewhat reminiscent of the way the voices always lag behind the organ in a Dutch reformed church, and of course on a wider view very true to the inimitable ICP credo: lag, bend and loiter.  On many an occasion I witnessed them performing this snippet as a final encore, tongue firmly in cheek.  It was called “Onbestemd Geneurie” then which can be translated as “Vague Humming” thereby missing the small pun of untuned that lies hidden within.  It kind of summarizes much of the ICP attitude. When watches are synchronized we’re ready for the next two pieces : “Bleekgezicht” gives you a stately, plump march, “Oorwurm” is as the title promises a deceptively simple tune that is delivered in a rising and falling curve, and won’t leave you nevermore. An earwig. I would call these the prelude.  We’re ready now for the main course.

And boy, do they deliver. They render the Mengelberg pieces and add some of their own, Baars, Moore and Honsinger showcasing their deft hand and slanted angles.  Mengelberg once said to the public after one of their sprawling pieces had come to a thunderous climax to collapse again into an untidy heap: Nice little band, they are not. I’m not going to give you a blow by blow description of the many wonders awaiting you when you listen to this record.  Only a broad overview as an ardent fan.  The ICP Orchestra is easily, hands down, far out our most far flung band this side of the Milky Way.  Because they are the rulers of controlled freedom, wanted spontaneity, instant composing.

They flow easily, leisurely flow over ripples, boulders are met headlong, spirits high.  They weave and warp, dripping chords, clashing clouds.  They punctuate and part the sound of sounds they sound.  And sounds dissolve in smaller sounds and grieve and weigh and yield and soar and moan and coalesce and dissolve.  They throw Duke Ellington at Count Basie and reassemble the pieces eagerly or not at all, it all depends. Tradition is what they feed on, they examine it, finding it curious and curiouser, until they unwind themselves in unchartered territory again and boldly proceed. Google the Jeff Wall photograph “A sudden gust of wind”  and you’re looking at that same irreverent respect.

There’s a new piano player in the band, Guus Janssen, and he lays back, being very much there all the same, adding another paradox to the already abundant supply these gentlemen have in their fingertips. The record ends with Brooks Bowman’s “East of the Sun, West of the Moon” epitomizing their way: start with the dungheap and watch the orchid unfurl, fling it out there through the motions, end it with a bang.  The music stops, follow the sound.  Malpreciza zumadon.

Misha can sit back contentedly and enjoy his ice cream. He made this band into the verb they are.

Five stars to them just for existing.  And for keeping the music of Sean Bergin alive, in a brilliant mashup of Lavoro with Moten Swing.  Listen.