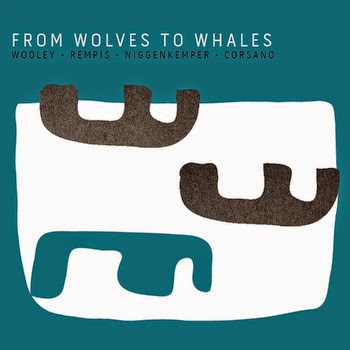 Apart from the different line-up this band differs a lot from Dave Rempis’s Ballister project, something which is obvious as to sound, approach, notion and environment. While Ballister is deeply rooted in the Chicago scene (Ballister’s Paal Nilssen-Love can be considered a member of this scene too, due to the fact that he has often played with the Chicagoans), Rempis has decided to play with some of the protagonists of the New York scene on this album. The members of the band can almost be called a super group, especially Nate Wooley (tp)  and Chris Corsano (dr) belong to the new stars of improvised music. Moreover, Pascal Niggenkemper, a German/French bass player, also moved to New York some years ago, where he has made a name for himself.

Rempis once described the difference between New York and Chicago like this: “I also think the pressure is off here a bit compared to New York. (…) Gigs are also easier to come by. (…) There are also fewer industry people in Chicago – i.e. critics, record labels, jazz tourists, etc. – so we can actually work here and focus on our music, and have regular performance opportunities, without the added pressure of competing with everyone to get on the next big festival in Europe, or get a record out on ECM. (…) The musicians in Chicago are more easily able to achieve a balance between spending their time doing the busy work of pursuing a “career” and creating something that’s artistically worthwhile, since these opportunities aren’t dangling in front of them all the time.”*

But no matter if they are part of different scenes Wooley, Rempis, Niggenkemper and Corsano share a similar musical vision which made it easy for them to communicate.

There is a lot of Ballister-like energy playing on From Wolves To Whales, especially on “Count Me Out” with its overblowing tour-de-force between Wooley and Rempis, and it’s particularly Wooley who sounds like a hissing tiger here. But in general the stylistic range is broader, from microcosmic sound pallets (“Slake”) to semi-structured song forms and cool jazz allusions (the second part of “Swingin’ Apoplexy”), which highlights the new group’s musical possibilities.

However, the best and most fascinating track is “Serpent’s Tooth”, which begins with an unusual saxophone loop that reminds of Colin Stetson’s New History Warfare trilogy, before Wooley drops in with his reverberating wah-wah trumpet lines encouraging Rempis to step up the pace.

In conclusion, you can say that From Wolves To Whales is a very promising debut that makes you want more.

*The passage is taken from an interview with Burning Ambulance.

Listen to “Slake”, the first track of the album, here:

You can buy the album from Instantjazz or the label.

I very much enjoyed this album.

I think Rempis defers too much to Wooley on this album, with the result it doesn't sound much like Rempis anymore.I like Nate a bunch, but this album seems to collect a lot of Nate's "Wooley-isms" that he must have had stored in a closet somewhere in Brooklyn. As for Corsano, can you imagine--he's boring! Age can do that to you.